The Nuffield Bullock Award recognizes the scholar who has made best use of their award in the 10 years since they were accepted on to the study tour scheme.

We meet this year’s winner and runners-up.

Now well known in farming circles as an affable ambassador for the benefits of regenerative agriculture, his Nuffield study tour was an early staging post on this journey.

Jake traveled across many of the globe’s most notable combinable crop-growing countries to investigate how to break through the wheat yield plateau, concluding that growers had limited their ability to further raise output in recent decades by damaging their soils.

This was down to two main reasons – excessive cultivations, which limit the ability of soils to recycle nutrients, and shortening crop rotations, which increased pest, disease and weed pressure, as well as reducing soil organic matter.

Fit for the future

Finding a system to reverse these changes and create an arable enterprise that was fit for high-yielding crop production in the long term led him down the regenerative agriculture route, with its focus on minimal soil disturbance and a greater diversity of crops.

He says this is not simply about buying a direct drill, stressing that those who want a checklist for transitioning land to regenerative agriculture will not find a direct drill purchase until they get to number seven on the list.

However, cutting costs through reduced tillage has been a major contributor to improving margins at Overbury Farms, where he is manager, with establishment costs for wheat now down from £160/ha to £45/ha (not including the cost of planting cover crops ).

He also calculates that an additional £250,000 would have been spent on machinery that is now no longer needed had he stayed fully conventional, and is deep into timely trials to further reduce his reliance on fertiliser and agrochemical inputs.

Yet Jake, in the true spirit of the Nuffield scholarship, is not keeping these developments to himself.

The judges wished to honor him with this year’s Bullock Award after concluding that he is in the current top tier of farming communicators who are helping others make practical changes to their business that are beneficial financially and environmentally.

They also recognized his significant contribution towards helping the public see that sustainable farming can be part of the solution to climate change.

The gate to Overbury Farms seems perpetually open to those interested in seeing how he is putting regenerative ideas into practice, with a steady stream of farmers, politicians, civil servants and representatives of the whole food supply chain coming to take a look.

Thousands of members of the general public have visited the farm due to its participation in the Linking Environment and Farming (Leaf) Open Farm Sunday initiative, and Jake is beamed into classrooms as one of their many Farmer Time presenters.

He is also a regular speaker at farming events and has frequently appeared in the mainstream media.

The Bullock Award is not the only accolade to have been given to Jake in recognition for his efforts.

Last year, he was crowned the Farmers Weekly Environmental Champion of the Year and this year he scooped the BBC Food and Farming Award’s Future of Farming Award.

In future he plans to continue to diversify farming operations at Overbury to enable more direct marketing of regenerative produce, including fruit from agroforestry and free-range eggs, to the estate’s tenants and the wider community.

He also hopes to build an advisory business to aid farmers in the move to regenerative farming systems.

Somerset farmer Claire took a hard look at the poultry sector for her Nuffield scholarship, asking “Does the broiler industry need to change to feed an increasing population?”

She came back with a renewed appreciation that all farming sectors need to continually adapt to meet the needs of the population, with Winston Churchill’s saying that “to improve is to change; to be perfect is to change often” – a favorite motto of her and her husband, Nick.

Over the years, their business has morphed from solely producing combinable crops and broilers to a much more public-facing enterprise.

A bustling café and conference rooms, as well as a wedding venue and in-house florist, now form a significant part of Frogmary Green Farm.

While a cookery school is currently mothballed, she has retained her passion for educating children and the wider public on where their food comes from, hosting regular school visits and also participating in Open Farm Sunday.

It’s fair to say that Hertfordshire farmer and former motor industry engineer Robert and his wife Jo Franklin have never been shy of trying something new.

Robert completed a Nuffield scholarship on sheep genomics and he and Jo later became the first breeders in the northern hemisphere to record using DNA recording and log these results with New Zealand’s famed SIL (Sheep Improvement Limited) system. 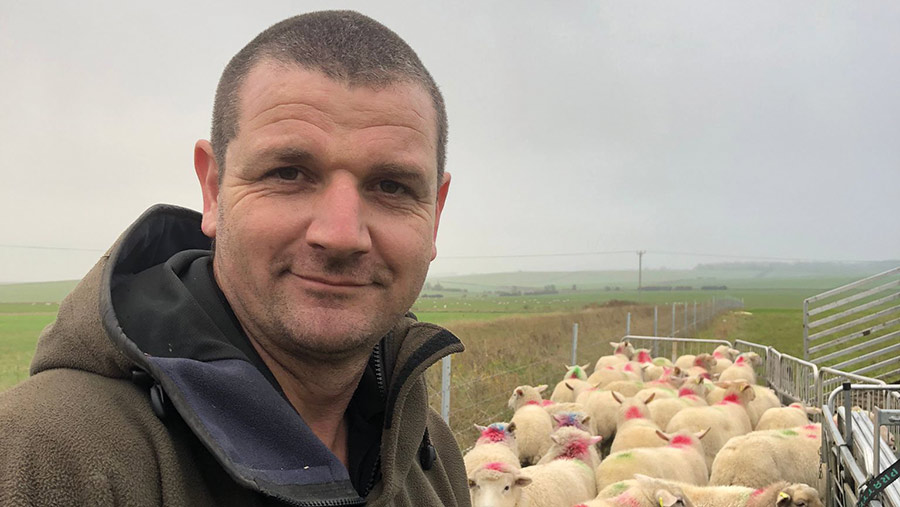 With ram EBV’s closing in on some of the better studs down under, Robert and Jo well-known Kaiapoi brand now markets some 800 breeding ewe lambs a year and several rams.

Their work on researching desirable sheep traits continued with a project on wool yield and micron quality starting in 2020.

This year they have been awarded a £75,000 grant from InnovateUK to look at genomic structures in sheep related to methane emissions and, over the next three to five years, aim to begin active trait selection for lower methane animals.

Focusing on improving soil carbon has paid dividends for Cotswolds dairy farmer Rob, with a Nuffield scholarship on the topic capping a long period of research into organic grassland management.

The studies led him to realize the strong link between higher carbon and improved soil structure, soil fertility, pasture growth and milk production.

“Carbon, nitrogen, methane and water are all in cycles,” says Rob. “These cycles are broken. Herbal leys attach to the soil and feed it in a way modern varieties do not.”

He plans to continue to share his learnings with farmer groups and contribute to more herbal ley research, including their potential to better reduce methane emissions and capture carbon than conventional varieties.

Cumbria dairy farmer Robert Craig’s Nuffield research into the true cost of cheap food was another prescient choice that had an outsize effect on his subsequent career.

Alongside growing a dairy business that now employs 24 full- and part-time employees across three units, he has pursued leadership roles within the supply chain. 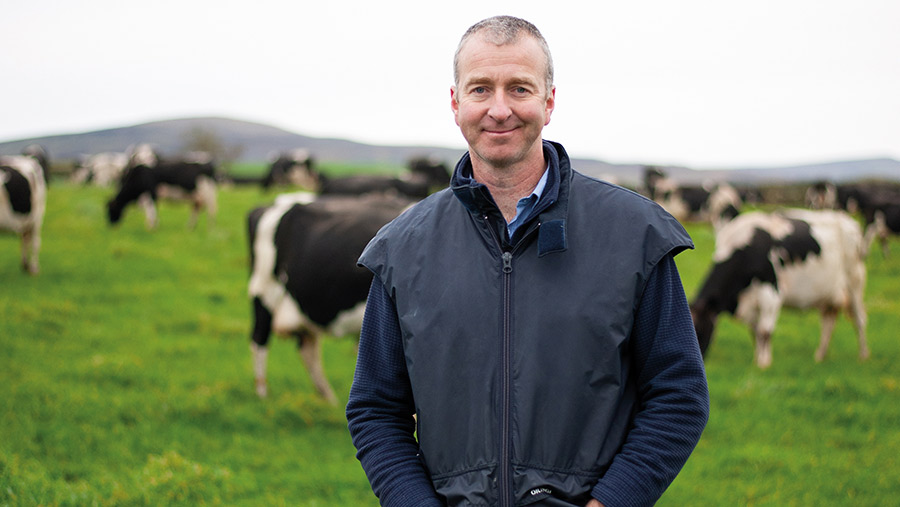 At various times he has held roles with First Milk, Dairy UK, the Sustainable Food Trust and the Royal Association of British Dairy Farmers (RABDF), as well as chairing his county NFU group.

Rob says his Nuffield scholarship has had a particular effect on his role as one of First Milk’s farmer-directors, giving him the confidence to help push the processor’s membership towards regenerative farming principles and reducing carbon emissions.

He will take up the position of chairman at RABDF in 2023.