The internationally acclaimed Palestinian intellectual, Edward Said, argued that there is no interpretation without some element of misinterpretation. This commentary on the novel Ir-Re Borg, hence, is only one reading of the literary work by Farrugia. Moreover, my interpretation is based on my personal experience of a Maltese-Canadian who has lived in Canada for 45 years and who holds an existentialist-critical-leftist philosophy of life.

Undoubtedly, Farrugia has established itself as a first-class contemporary and prolific Maltese author. Ir-Re Borg is his third novel after he was awarded the national book prize for his collection of short stories two years ago. Farrugia has also written for theatre, with his very refined play Il-Ġiraffa li Ħarbet minn Kastilja staged by Spazju Kreattiv earlier this year.

This novel reconfirms Farrugia’s credentials as a refined satirical author. In short, satire is that form of art that ridicules a particular issue or issues in order to elicit a change in one’s thoughts, emotions and actions. The satirist’s aim is to mock events that in his or her view are futile, senseless and ridiculous.

Very often though, the satirist offers or hints at an alternative to what he or she criticizes. The satirist will resort to humor in order to bring forth the senselessness of the events or issues at hand. But as Alessandro Manzoni has warned us, beneath a smile there is always a tear. That is, underlying the satirist’s humor is a profound tragedy.

Ir-Re Borg is a socio-political and satirical novel that makes us reflect deeply on our contemporary life in Malta. The novel satirises many Maltese political contexts and issues in which politicians of all shades and colors as well as leaders of various institutions (such as the church, the courts and civil society) jostle for participation. The same criticisms that Farrugia brings to the fore are definitely very relevant to other political contexts and issues worldwide.

Ir-Re Borg is a light, fast-moving novel penned in extremely refined Maltese and peppered with realistic dialogue. Although this is not a minimalist novel, the descriptions are definitely not boring as they are fresh, humorous, and provide insightful critiques that, at times, are overwhelmingly painful.

Although the socio-political-satirical elements are very strong and ‘in our face’, we need to remember that this is indeed a fictitious novel centering on the life of Mikiel Borg, nicknamed ‘the chopper’, the owner of a small grocery shop in a village. Ir-Re Borghence, is not meant to be read as a sociological, political or philosophical text.

It is simply a novel about an ordinary married man whose daughter is openly lesbian; an ordinary man who is irritated and hurt by the so-called democratic system as we experience it. Mikiel Borg, very much loved by his clients and his village buddies, attracts the attention of thousands of people through his simplicity. And eventually, he is convinced that it is his duty to run for politics.

The story develops from a simple and ordinary incident that took place in Mikiel’s grocery. Eventually, with the aid of his friends, his daughter, a marketing expert and the lawyer Mifsud Mempel, he establishes the Maltese monarchical party. Mikiel develops a romantic relationship with a journalist and in due course, his party wins a landslide election. However, in the process, his way of life is ruined.

Ir-Re Borg is a political thriller which, against normal expectations, is centered around the character of Mikiel. The choice of Mikiel as the protagonist and the novel’s title are a satirical commentary aimed toward a certain elite group of politicians. But Mikiel is a populist. and therefore, dangerous. Farrugia is clearly criticizing certain populist movements that have emerged in the last decade; movements that conveniently ignore any political principles or beliefs that initially induced them into politics.

Farrugia is a talented and witty author who enjoys teasing the reader. A seemingly mundane incident in Mikiel’s shop rapidly escalates into the protagonist facing legal action. Mikiel finds himself equally in disarray with his lawyer as with the legal procedures in court. Employing a very refined style, Farrugia makes us sympathize with Mikiel who gradually becomes a renowned political populist. Mikiel allures the empathy and backing of people from all fields and of all types. At face value, he emerges as the hero and savior since he promises that he will not reproduce the inadequate political system and will fight systemic corruption. 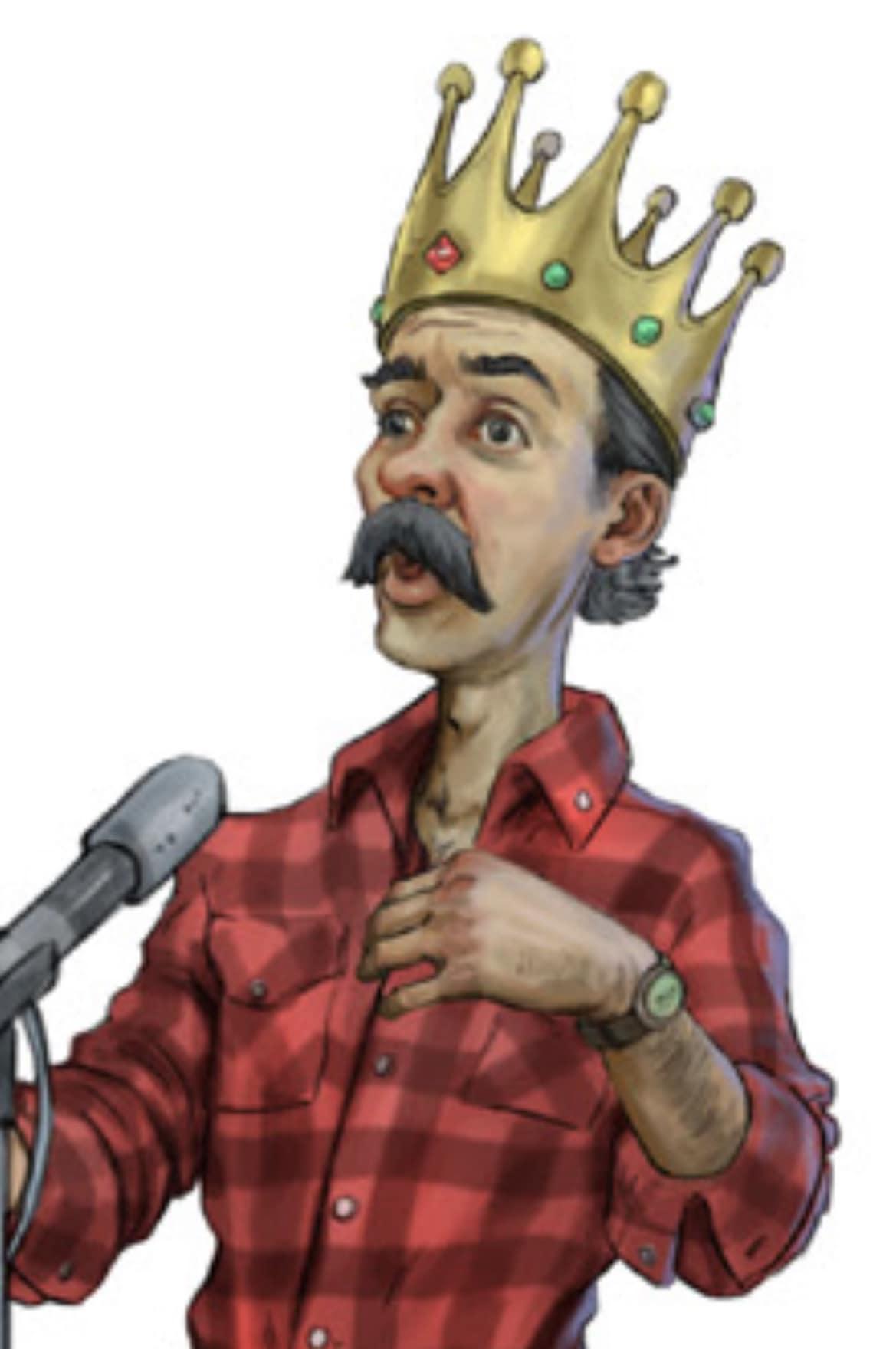 Mikiel is also full of contradictions. He preaches one thing and acts in an opposite manner – albeit always in a very refined manner. He is conflicted by the tensions that arise from the gulf between his beliefs and emotions. After all, Mikiel is nothing but an ordinary person who progressively becomes prey to all the problems and habits that other politicians face.

In an infamous speech on the eve of the election, Mikiel reveals that notwithstanding his discourses on the corruption of politicians, etc., he has no option but to do what other politicians have done. His reasoning goes as follows: the opinion of the public is supreme; nothing trumps the sovereignty of the people; the people have spoken and what they wish Mikiel to carry out amounts exactly to what past politicians have done; so, concludes Mikiel, he has no choice but to reproduce the status quo. And hence, on the basis of the sovereignty of the people, the cycle reproduces itself!

While Mikiel criticizes all present institutions, he too falls victim to them. Even in his political party, there are major divisions that ultimately lead to damaging Mikiel’s own well-being, including his close relationships. Farrugia employs a very refined satirical style introducing teasing comments when least expected.

He reasonably disparages contemporary political situations, and his astute criticism reflects the unending and all-time tragedy we have witnessed throughout the history of humanity.

The philosophical message that I garnered from this novel is that there is no end to the inevitable political corruption. Indeed, it is a very strong fatalist outlook that emerges.

The natural question that arises is: Is democracy also nothing other than an alienating system that itself reproduces political corruption? In my view, Farrugia’s message is a resounding ‘YES!’ Even the so-called liberal democracy ultimately is nothing but a set of procedures that reproduce the interests of the powerful and subjugate the weak. In other words, my reading is that Farrugia demonstrates the failures of western liberal democracy that, after all, was born out of colonial views that ultimately gave rise to the holocaust and all the other abuses that western powers carried out in other parts of the world under the tutelage of democracy.

So: are we doomed? Is there no alternative?

I congratulate Farrugia, and also SKS for publishing such a bold novel. The publication of the novel, notwithstanding its conclusion, gives me hope!

John P. Portelli is a professor emeritus, University of Toronto.

Independent journalism costs money. Support Times of Malta for the price of a coffee.