In a world in perpetual evolution, facing changes which for some threaten its very existence, time is a rare commodity. Time, that of exchange and discussion, is however what the Crans Montana Forum offers. The new edition of the forum, of which the International Judo Federation has participated actively, has just taken place in Geneva on the shores of Lake Geneva.

The Crans Montana Forum is a non-governmental international organisation, founded and led by Ambassador Jean-Carteron, established in 1986, with a mission to build a better world, ‘towards a more humane world,’ words that are very dear to our sport , created by Jigoro Kano Shihan in 1882, as an education tool to create a better society.

The forum is therefore working closely with governments, specialized bodies, international and regional organizations such as the United Nations, UNESCO, UNIDO, FAO, the European Union, the European Commission, the Council of Europe and NGOs. For many years, the IJF and the Crans Montana Forum have been working closely together and found common ground that serves the ultimate goal of offering a better life to people around the world.

With the primary goal of strengthening international cooperation by promoting good practices and allowing a permanent dialogue between those in the public and private sectors who are the real decision-makers on whom the future of our world depends, this year the forum offered the opportunity to sport to illustrate how it can have a positive impact on society. Thanks to the presence of IJF President, Mr Marius Vizer, accompanied by Judo for Peace Director, Nicolas Messner, the very idea that sport and judo in particular can play an important role in the difficult conditions that the world is facing was highlighted. 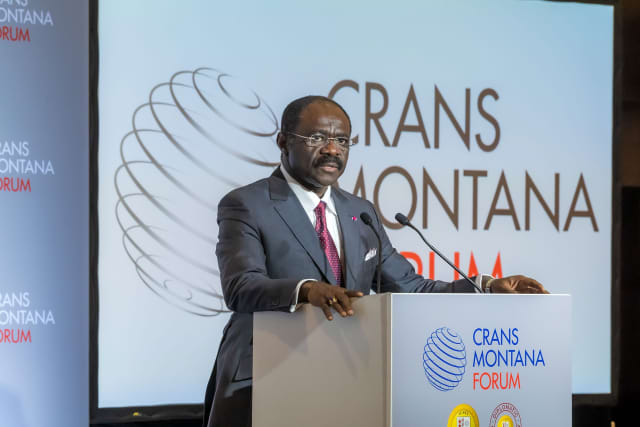 Thus, on the second day of the forum, Nicolas Messner took to the floor to animate and moderate a panel discussion with the theme, ‘Rediscovering Basic Societal Values: Sports’ Values ​​Implementation Provides Youth With Hope.’ If the subject is vast and can not be tackled within a few minutes, the discussion was still very positive and productive.

During the panel discussion, Mr Narcisse Mouelle Kombi, Minister of Sports for Cameroon, explained the important role sport is playing in his country to unite the population, as well as the arts do. Mr. Francesco Ricci Bitti, President of the Association of Summer Olympic International Federations, underlined the importance of sport for a fairer society. His statement was confirmed by Rev. Andrea Ciucci, Secretary General of the Renaissance Foundation of the Vatican, Mr Pio Wennubst, Ambassador of Switzerland to the Food and Agriculture Organisation, and Mr Sandro Garcia, Sociedad Peruana de Derecho Deportivo.

“Sport is not only about physical education. It is a real tool to help build a better society. Through the Judo for Children and Judo in School programmes, as well as through the Judo for Peace activities, especially focussing on helping refugees around the world , our sport, based on non-discrimination, has proven that it works,” said Nicolas Messner. 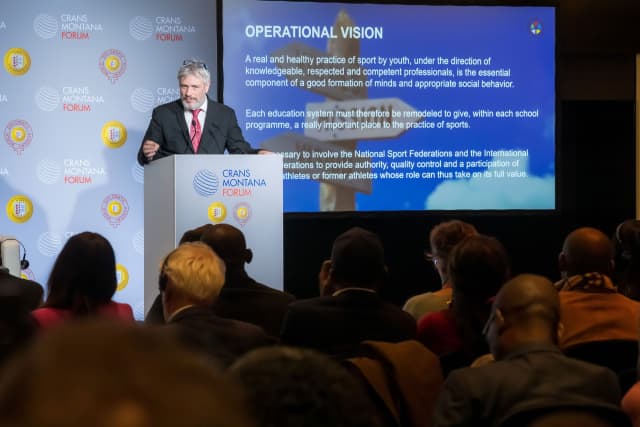 Most states are facing a slow and inexorable structural dislocation of their social body, increased by the pandemic and instability in our security due to wars and conflicts. The cause is the chronic weakening and progressive disappearance of social cohesion, which creates despair among younger generations, social unrest, further insecurity and crime.

The state of social cohesion is the reality of the relationships that exist between elements of the same social structure. These are the links that connect the members of a group to each other on the one hand and to the group as a whole on the other. As it was recalled by Ambassador Jean-Paul Carteron, social relations can only exist and flourish within the framework of spontaneous adhesion and operational respect for essential values ​​which are: 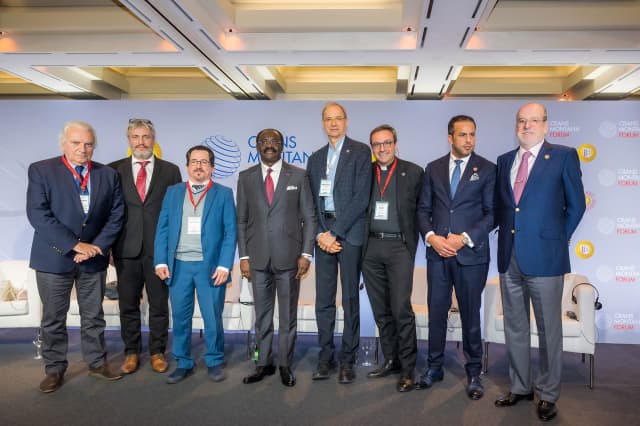 Among the conclusions of the discussions, crucial points were presented. The values ​​detailed above are basically the judo moral code, our values. They are carried by our sport, the role of which is essential in shaping minds and mentalities while the educational role of the family is appearing less robust and the school, in its traditional concept, is itself sometimes outdated.

Seeing sport being integrated into high level discussions, such as during the Crans Montana Forum, about the situation of the world, is a sign, a positive sign. Sport and athletes are the repositories of essential social values. “Governments must therefore appropriate these values ​​and implement them to slow down or even stop the permanent destructuring of the social body,” explained the forum leaders.

A real and healthy practice of sport by youth, under the direction of knowledgeable, respected and competent professionals, is the essential component of a good formation of minds and appropriate social behaviour. Each education system must therefore be remodeled to give, within each school programme, a really important place to the practice of sport. The International Judo Federation is happy to provide authority, quality control and the participation of selected athletes or former athletes whose roles can thus take on their full value.

This is only the beginning of a long term vision that shall give sport its full exposure within an understood potential, in a world that more than ever needs values, friendship, unity and peace.