The Latvian Literature program, its site, its translation funding, its authors, and its #IAmIntrovert campaign welcome Frankfurt’s trade visitors and exhibitors to its success story—at Hall 4.0 B2. (Sponsored)

From the Latvian Literature video ‘Case Study of the #IAmIntrovert Campaign.’ Image: LatvianLiterature.lv

To be internationally recognized for its award-winning #IAmIntrovert campaign, Latvian literature—and its platform of that name LatvianLiterature.lv—will be touting some distinctly extroverted success at Frankfurter Buchmesse (October 19 to 23), centered in Hall 4.0 at stand B2. 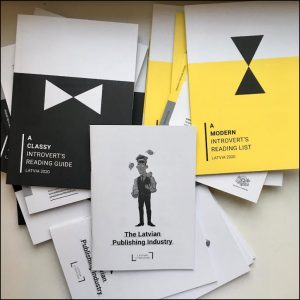 The state-supported LatvianLiterature.lv platform is designed not only to promote international recognition for Latvian writings and talents but also to offer translation grants to publishers and translators; present cultural programming abroad; lead Latvia’s participation at international book fairs and trade shows; and organize literary visits to Riga.

But with almost poetic irony, all this friendly outreach and sociable interaction with world markets is now buoyed on the internationally popular #IAmIntrovert dynamic.

To quote from the ‘#IAmIntrovert manifest’: “Latvians can feel deeply confused when kissed on both cheeks or when suddenly talked to on a public bus or tram. If someone compliments a Latvian, he will turn red-white-red,” a subtle reference to the colors of the Latvian flag. “Latvia is one of the world’s most introverted nations and so are our writers, of course. And we’re proud of that. We allow our books to speak for us, since literature is the perfect world for introverts.”

Latvian Literature’s representative Ildze Jansone is called Publishing Perspectives“When the #IAmIntrovert campaign was launched in 2016, it mainly targeted UK publishers, audiences, and media prior to the London Book Fair of 2018,” at which the Baltic nations of Latvia, Lithuania, and Estonia were the show’s combined Market Focus .

“Now the ongoing campaign,” she says, “targets anyone who loves literature. Our initial marketing campaign has become the strongest brand for promoting Latvian literature.”

And as it turns out, Jansone says, genuine cultural context underlies the success of the brand.

One upshot of the lasting popularity of #IAmIntrovert is that Latvia’s writers and illustrators aren’t the only ones receiving accolades for their work—so is the campaign itself and the LatvianLiterature.lv platform.

The platform’s work has been recognized by the Ministry of Culture of the Republic of Latvia, which awarded it its Excellence Award in Culture to LatvianLiterature.lv in 2020. Moreover, after winning a number of Latvian ad awards and the country’s top design award in 2019 , the #IAmIntrovert campaign represented Latvia at the London Design Biennale in 2021, merging design and literature. 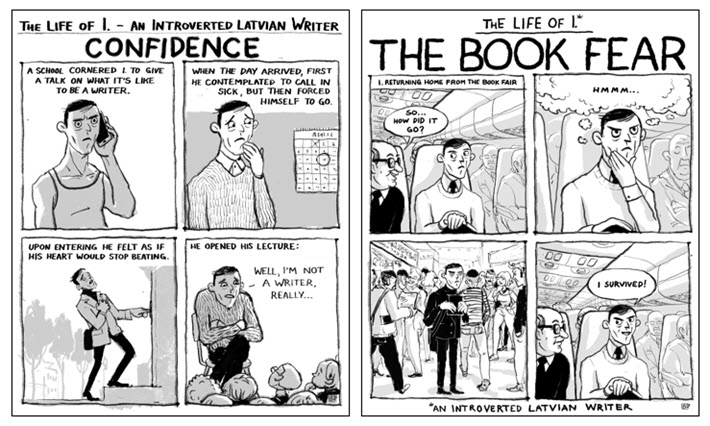 A key element of the success of the Latvian Literature program is its substantial investment in translation grants that support publishers and translators in seeing Latvian work sold and read in international markets.

Reaching out with an open call for grant applications twice a year—see the Grants tab on the LatvianLiterature.lv site—has resulted in a bit more than €200,000 (US$198,219) granted this year. The next submissions round is to be announced in January 2023. And these grants, of course, pave the way for the translation and publication of multiple generations of Latvian writers whose works are attracting increasing interest from international readers. 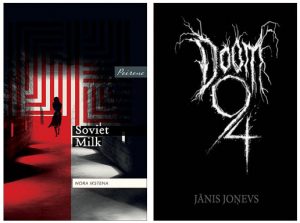 The Latvian historical fiction bestseller Mātes piens (Soviet Milk) by acclaimed author Nora Ikstena has been translated into more than 25 languages ​​and territories, and still is finding new interest, with publication forthcoming in Indonesian, Danish or Dutch. The program says that Soviet Milk “considers the effects of Soviet rule on individuals, who are deprived of their future and identity.”

Another much-translated novel is Jelgava 94 (Doom 94) by Jānis Joņevs, recently translated into German and Polish, bringing the total to 15 languages ​​and/or territories for the book. Doom 94 is described as “a story of a teenager introduced to heavy metal—a portrait of a generation in Latvia as it regains its independence in the 1990s.”

With a population of some 1.9 million, the Baltic state of Latvia is one in which readers prefer to choose books by local authors, according to Renāte Punka, chairwoman of the Latvian Publishers’ Association (LGA).

“The popularity of local authors remains high,” Punka says. “The debut novel Kalendārs mani sauc (Call Me Calendar) by Andris Kalnozols has remained on the bestseller list for a good 18 months,” selling a surprising number of copies. It’s described as being “a story of a mentally challenged young man who at times thinks like a child and at other times thinks with more maturity than most adults, a book that offers both emotional and intellectual enjoyment” to readers.

This year, she says, has also been successful for children’s authors and illustrators.

“Laime’s Children (The Lyme Children) by Luīze Pastore,” Punka points out, “has received the New Horizons Award at the Bologna Children’s Book Fair. 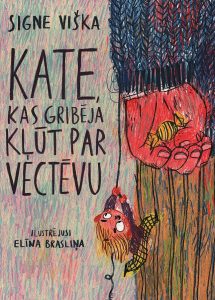 Anete Melece has gained wide international popularity with her The Kiosk. And the Latvian publishing house Liels un Mazs was recognized as the Best European Publisher for Children in Bologna in 2022.”

The book is to be published in Basque, Catalan, Galician, German, and Spanish.

In terms of the book business in Latvia, the market’s publishing industry, Punka says, “has safely survived all challenges related to various obstacles and tensions created by the pandemic. “The shops have been working on a regular basis since mid-February, and the activity of the customers is the same as in ‘normal years’ before 2020.

“The print runs have stabilized,” she says. “In 2021, the number of copies printed returned to the level of 2018,” and unit sales volume has also been on a par with that of three years ago.

In November, the association’s longtime campaign to reduce the value-added tax (VAT) on all books to 5 percent finally bore fruit, Punka says. On January 1, the VAT on printed books was lowered from 12 to 5 percent, the association reports, while for electronic books the difference is dramatic—the VAT is down from 21 to 5 percent. So prices for all books published before the end of December 2021 have become lower.

Ģirts Karlsons, head of sales at the local printing house Jelgavas Tipografija, tells Publishing Perspectives that apart from a short recession triggered by the onset of the coronavirus COVID-19 pandemic in early 2020, the company is experiencing “fairly steady growth of 10 percent annually.”

“Of course, 2022 has begun with new challenges in Europe,” Karlsons says, “bringing with it raw material shortages and energy-related inflation, which also makes it very important for us to change our internal processes and pay much more attention to the timely procurement of raw materials, to build up reserves.”

Despite the market changes, however, Karlsons says, “We’re still able to meet the increase in demand and ensure that our customers operate as efficiently as possible.”