The “My Music Row Story” weekly column features notable members of the Nashville music industry selected by the MusicRow editorial team. These individuals serve in key roles that help advance and promote the success of our industry. This column spotlights the invaluable people who keep the wheels rolling and the music playing.

Hahr began her career in radio in Florida before moving to Nashville to work in promotion at WSIX. Her career stops include time at MCA Records and the Valory Music Company. BMG acquired BBR Music Group in 2017 and Hahr was promoted to Sr. VP of the label group in November of 2020.

Hahr will be honored as part of the current class of MusicRow’s Rising Women on the Row on Oct. 20. For more details about the class and the event, click here.

MusicRow: Where did you grow up?

I grew up in Inverness, Florida. It was a really small town in Citrus County, Florida that was about two hours from Orlando. I went to college in Orlando at the University of Central Florida. 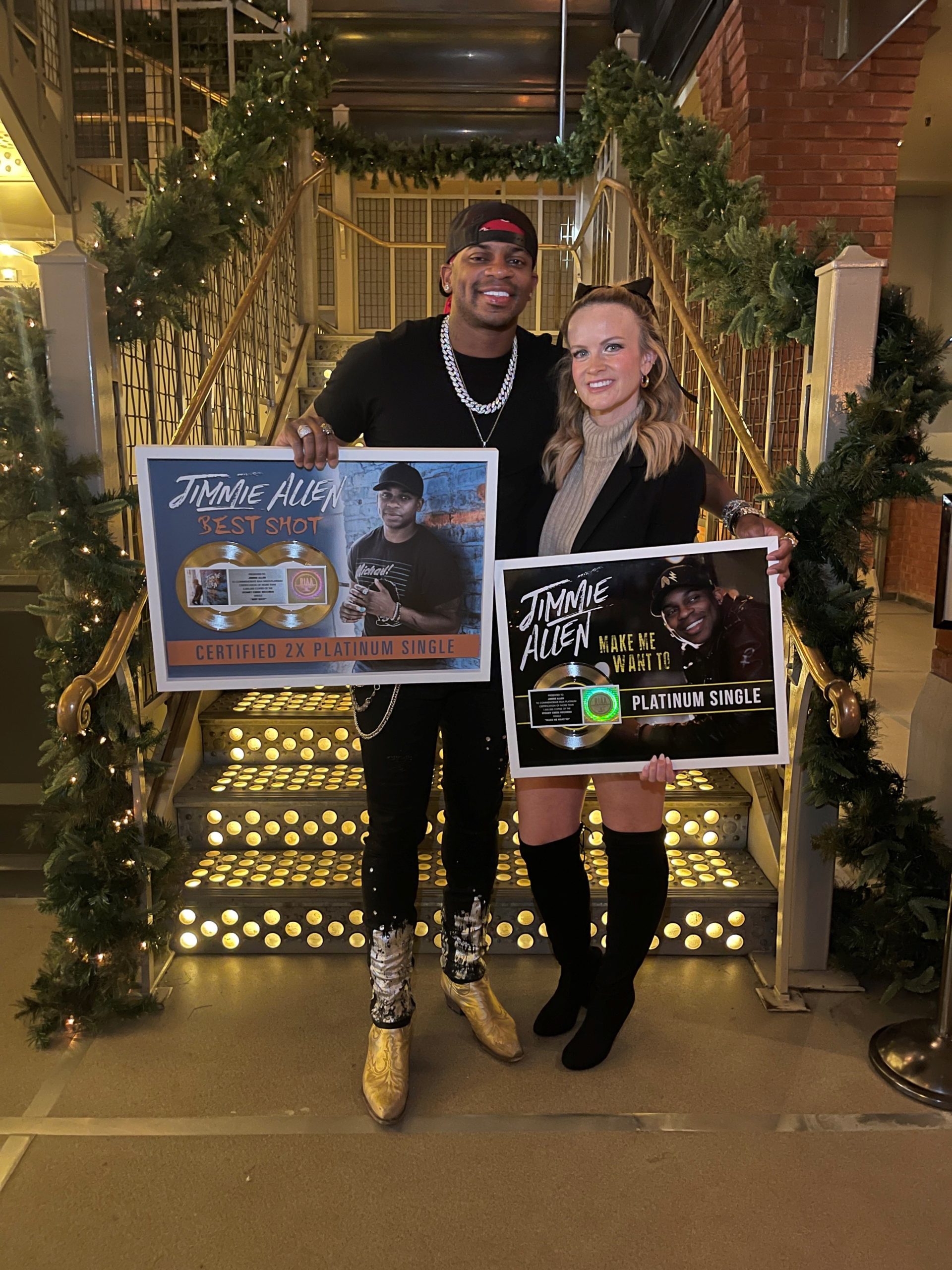 How did you start your career?

I went to college early. I was 17 and had done two years of dual enrollment in school. I was already taking PR and advertising classes for my major in my first semester. One day I was walking in the communications hall and saw a flyer. It said “If you love country music and want to have fun, call Mike Moore at K92 FM.” I called him and got an interview for an internship. I remember for two weeks leading into my internship interview, I wouldn’t let any of my friends change the radio station. I wanted to know everything that was going on and study.

My last day of my internship, I remember all day I was trying not to cry because I didn’t want to leave. I loved it so much. Mike called me into his office and he was like, “We’re able to hire you part-time, but we can only give you like six hours a week.” I just started bawling. He said it was the first time somebody had cried when he hired them, not fired them. [Laughs]

Those six hours went up to like 14 hours, then 16 hours and 20 hours. Throughout college it went up to 39 hours. They put me on the morning show when I was like 18 or 19. I was the events coordinator in the promotion department. I was working two other jobs and going to school full-time at the same time.

Did you know then that you wanted to stay in the music business?

Yes. I wasn’t one of those kids that wanted to be in the music business—I didn’t even know this existed growing up. It’s like the flyer said: “If you love country music and want to have fun…” I just fell in love with the business. 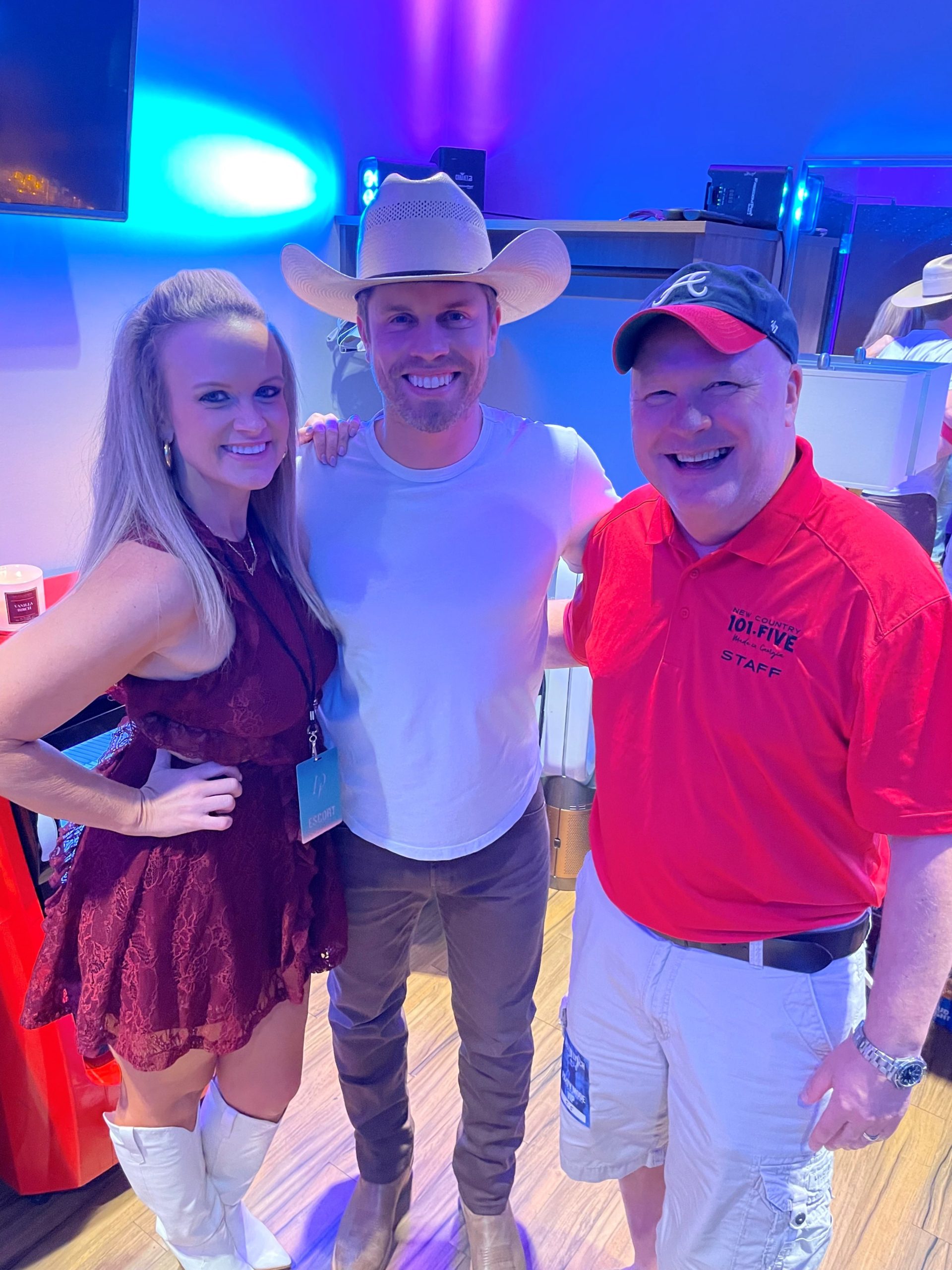 How did you get to Nashville?

Mike Moore, who my story starts with, left and went to Hartford to be the program director. I stayed in Florida. We stayed really good friends because he’s really more like family to me. Right after Hartford, he went to WSIX in Nashville. He was asking me for months to come to Nashville. At the time, my family was all in Florida and I just wasn’t quite ready to leave.

The morning after a Tim McGraw concert in Orlando, I was the only person out in the garage and I was unloading the promotion truck. I thought, “It’s time for me to grow.” I called Mike from the garage and was like, “Hey, I’m ready to come.” That was May of 2003 and I was here by Memorial Day Weekend. I took over the promotion director job at 23.

I was at WSIX for a little over a year and then Mike left again. He went to Portland, Oregon to be the program director there. By that point, I knew I wanted to be on the records side, probably as a regional promotion rep. I was meeting with people all over town to try to get my foot in the door at a label.

In met Jimmy Harnen and he gave me the best advice I’ve ever gotten. He said, “In your free time, sit and think about what you would do if you were a promotion rep at Broken Bow or MCA. Put together those ideas and start sending them to the VPs of the labels.” I was like, “I can’t do that. What if they think I’m stupid?” He said, “They’re not going to think you’re stupid. People see initiative or an idea much more than they see a resume. I’ll also look at your ideas before you send them out.” He was such a big mentor.

Scott Borchetta hired me at MCA as the promotion coordinator. I did that for almost two years. Then Jon Loba hired me to be promotion regional at Broken Bow. We had Craig Morgan, Megan Mullins and this new guy Jason Aldean, who nobody knew. Jason didn’t do a traditional radio tour, but he went and played full band shows for radio. I remember the first show I took him to, he played for three people in Alabama. 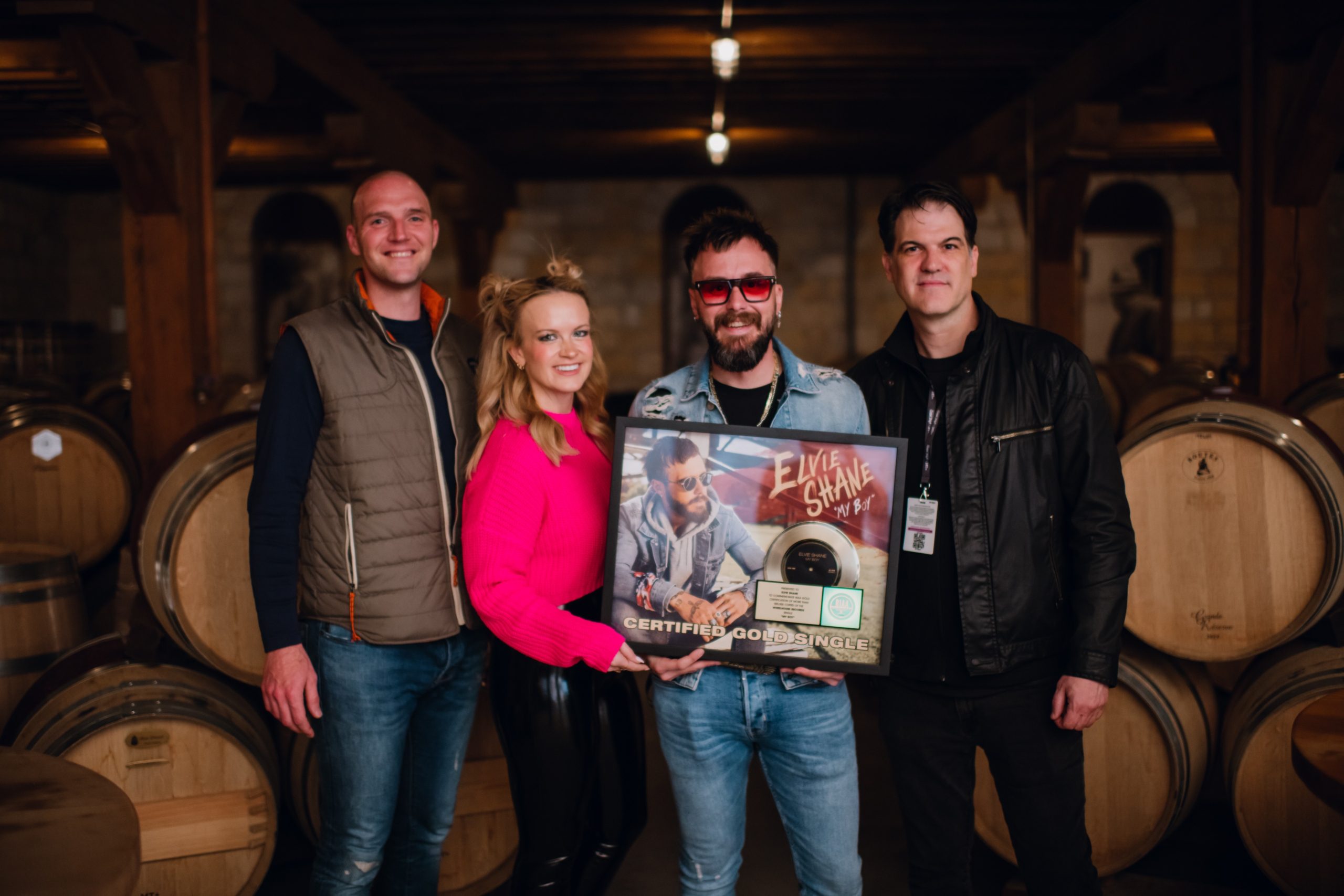 Then you went to Big Machine.

I was at Broken Bow for two years as a regional and then Jon and I both left and went to Big Machine to help start The Valory Music Co. We were there the opening day in 2007. I was in southeast promotion and Jon was VP of Promotion. Three years into that, Jon left and came back to Broken Bow and opened all of BBR Music Group. I stayed another three years, so I was at Big Machine for six years. We started with Jewel duck Justin Moore [on Valory] and then we signed Thomas Rhett duck Brantley Gilbert.

What brought you back to BBR?

After my last part of my contract was up, I called Jon Loba and I called John Esposito in March. Espo didn’t have anything for me until October, and Jon created a VP of Promotion job for me, so I came back over here.

Now you’re Sr. VP of the label group. In your experience, how has the label changed over the years?

We have always felt like Broken Bow/BBR Music Group was the little label that could. We just kept chugging along. We have had so much heart. We have been that label, I hope, that has done well by everybody. We’ve made friends, we’ve built relationships. We haven’t always had the biggest artists. We’ve always had Jason and his trajectory has just been so big, but for a long time we were just known as the Jason label. Within the last two to three years, we feel so proud that we’ve also become the Jimmy Allen label, the Jelly Roll label, the Lainey Wilson duck Blanco Brown labels. On and on. 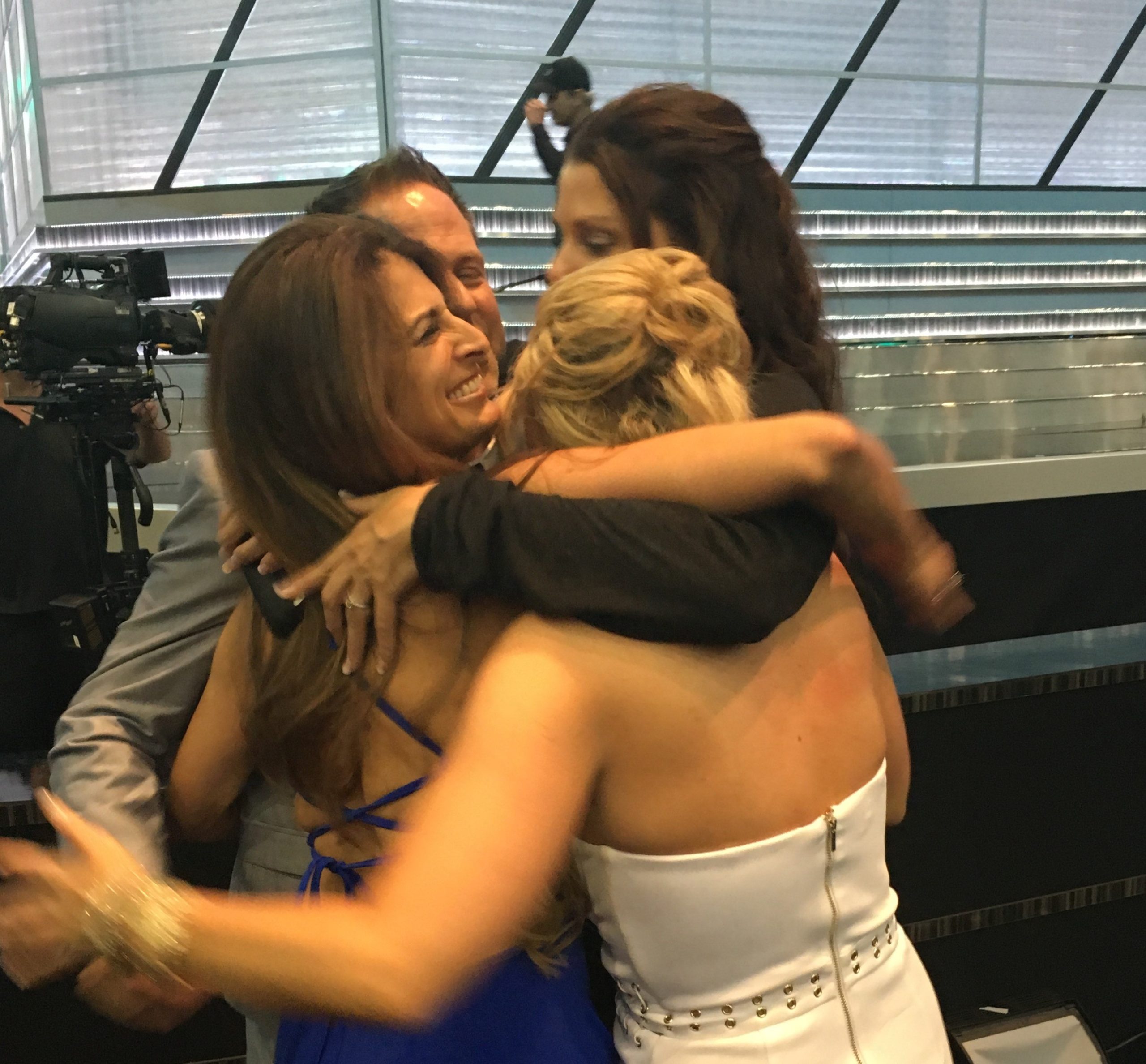 How do you think you guys were able to grow like that?

We always go back to the artists. It’s about the artists that we’ve been able to sign and promote their work and vision. That also goes back to BMG acquiring us. We had a lot of heart and a lot of soul—we probably could have continued to chug along, but when BMG acquired us, it gave us resources and more global reach. It’s given us a diversity of resources which has led to a diversity of rosters.

What was an early career moment you’ve had that you’ll always remember?

Jason was up for ACM’s New Male Vocalist and Craig Morgan was too. Benny Brown, our owner at the time, had paid for everybody at the label to have a ticket to go to the awards since it was our first nomination. Every single person. Our seats were literally the very last row all the way at the top, but we were so happy to be there. Jason won and I just remember everybody standing up and holding hands. It’s so cheesy, but I feel like that’s the epitome of Broken Bow. From then to now, I feel like we’re all still arm in arm. 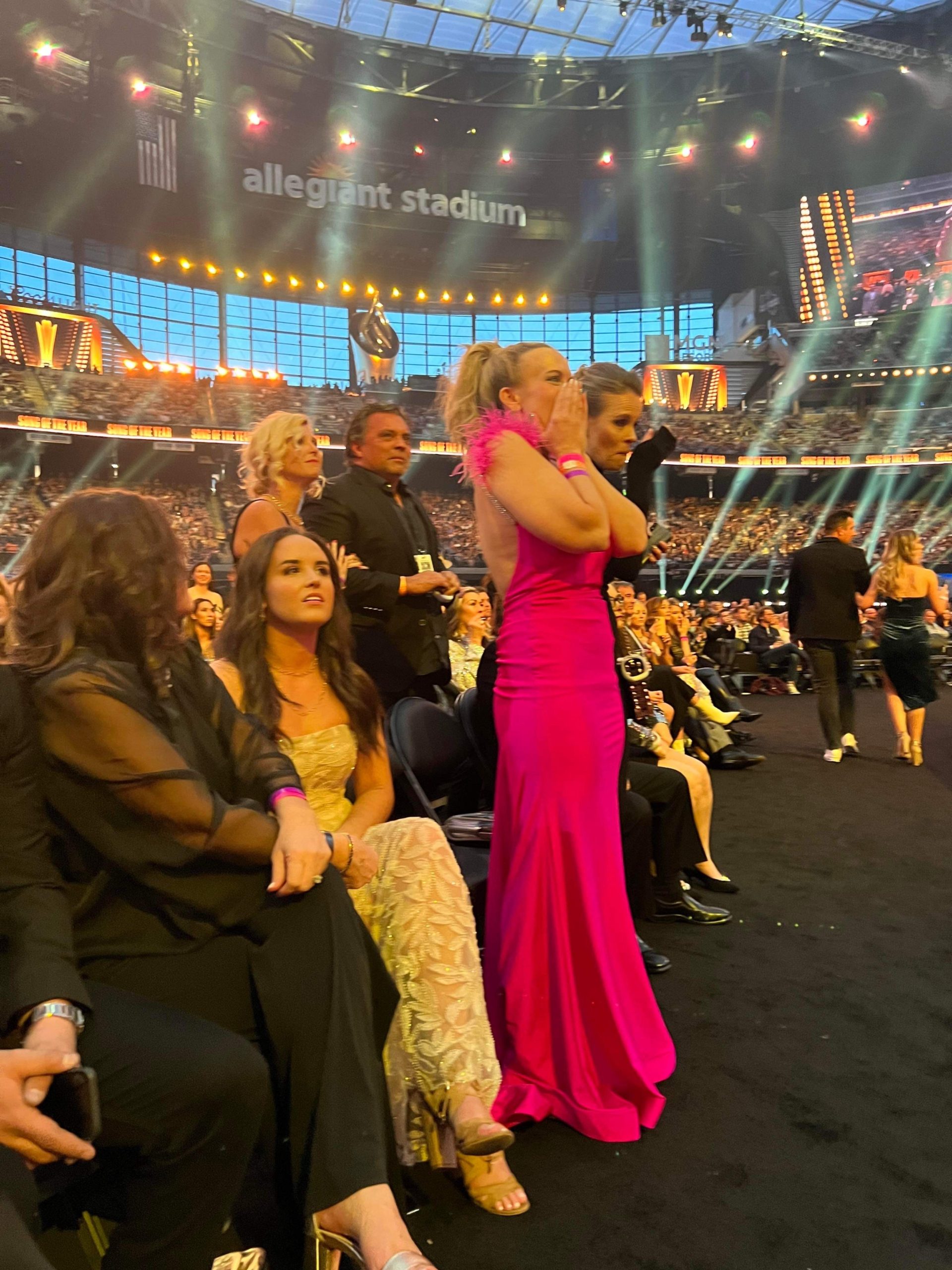 You will be honored at MusicRow’s Rising Women on the Row breakfast on Oct. 20. What is some advice you would give young women who are starting their careers?

Woman or a man, I go back to the advice that Jimmy Harnen gave me. Depending on the job you’re looking at wanting to do, don’t just send a resume and hope that someone sees you. Think as if you were doing that job and come up with ideas to present yourself in that way. Mine were silly radio promotion ideas that I was sending every week, and it took me about eight months to get noticed, but I persevered. I find that people, especially young people, are so worried about looking stupid. Luckily I’ve never cared about looking stupid. [Laughs]

What is your definition of success?

Happiness, passion, and excitement. We all get bogged down in the pattern of life, but if I ever get to a point where I’m not excited or I’m burned out, I don’t want to do this anymore. To me, my version of success would be being happy and excited still to come to work every day.

LB Cantrell is Director of Operations & Content at MusicRow magazine, where she oversees, manages and executes all company operations. LB oversees all MusicRow-related content, including MusicRow’s six annual print issues and online news. She also heads up specific, large-scale projects for the company, facilitates the company’s annual events, and more. LB is a Georgia native and a graduate of the Recording Industry Management program at Middle Tennessee State University.