British Columbia is investing $ 2 million towards the development of a new suicide and self-harm training system for health care workers in the province.

Send Us Your Late-Night Diner Stories

What role have these spots played in your life? Share your stories with The Tyee by Sept. 28.

Minister of Mental Health and Addictions Sheila Malcolmson announced in a press conference Sept. 22 that the funding will improve care for people in mental health-crisis experiencing thoughts of suicide and self-harm.

Specific health jurisdictions in BC will also be allowed to receive funding to address gaps in care for people who may be suicidal in their region.

“We’re supporting health professionals so they have the tools they need to provide the best possible care for people,” Malcolmson said, while standing in front of Victoria’s Royal Jubilee Hospital.

The new framework will create province-wide standards on how to help people who may be suicidal.

It will be based on internationally recognized practices – such as standardized intake screening and follow-up care – as well as local clinic knowledge and the perspectives of people with lived mental experiences of mental illness.

“Research shows that discharge from psychiatric inpatient care is a period of high risk for suicide. That’s why we’re bringing together best practices, screening assessments and other resources to care settings like emergency departments like right here, ”Malcolmson said.

At the press conference, Island Health board chair Leah Hollins said that suicide is a complex and devastating issue without a “one size fits all treatment.”

However, she said that by updating suicide risk management procedures, educational resources and electronic health records, healthcare professionals will be better suited to help those in need.

“We recognize the incredibly challenging and complex nature of providing care to those experiencing a mental health crisis,” Hollins said.

If you need support, the Crisis Intervention and Suicide Prevention Center of BC hotline is 1-800-784-2433.

The Canadian Mental Health Association’s BC Division runs a 24-hour support line that will connect you with a local crisis center without a wait or busy signal: 310-6789 (no area code).

“This is a challenge being faced in all our communities,” Hollins continued. “Over the coming weeks and months, Island Health has committed to working hard to implement the various priorities I have outlined.”

The Canadian Mental Health Association’s BC Division is taking a lead role on implementing the new framework with health authorities. Their aim is to improve the quality of care for people in suicidal crisis.

The CMHA’s CEO, Jonathan Morris, said work on BC’s new framework has been inspired by a global toolkit called Zero Suicide. It has been adopted by various health organizations in the US

Zero Suicide is an online resource that was created about 10 years ago to give healthcare professionals tools on how to help people who may have suicidal thoughts.

The model has seven core principles that its creators have deemed necessary for health care systems to change suicide care, including leading system-wide culture change and training a competent, caring workforce. It has led to positive results in some communities – in 2020, for example, New Hampshire’s Mental Health Center of Greater Manchester saw a 44 per cent decrease in suicide deaths after training their staff and screening all of their clients.

In BC, the goal is to create a similar system that relies less on individual doctors and nurses making decisions, and more on building a culture where people can feel safe to talk about suicide in a non-judgmental space.

“What this is about is not making this a ticky box exercise, where, ‘I’ve ticked the box, I’ve asked,’ but equipping [healthcare providers] people to ask, ‘Are you thinking about suicide,’ ”Morris said.

“We often don’t shine a light on that, but it’s really [about] shifting the conversation about suicide in those key points of care like the ER. ”

When Stacy Ashton was completing her master’s degree in counseling from Simon Fraser University in the 1990s, she was a suicide crisis line volunteer at the Crisis Intervention and Suicide Prevention Center of BC (known locally as the BC Crisis Center). It was there, she said, that she acquired foundational knowledge about suicide intervention.

Now, as the executive director of the BC Crisis Center, Ashton applauded the government’s funding announcement.

“It’s surprising still that most professional roles don’t get trained in how to work with folks who are suicidal,” Ashton said. “Nurses don’t necessarily learn a lot. It’s a unit then it’s gone, so there’s not a lot of practical knowledge out there. ”

Currently, Ashton said, health care tends to treat suicide as a symptom of anxiety or depression.

But she says that only half of people who die by suicide have a diagnosable psychiatric illness. By looking at suicide as its own symptom, she said, a professional can look at a variety of different ways to help an individual who is struggling.

“You kind of have this reinforcing problem where if somebody is feeling suicidal and they need support, the healthcare team is going to have to label that as depression or anxiety in order to make it real, whether or not that’s the case,” Ashton said .

“I might have a fever, and maybe my fever is the flu, maybe it’s pneumonia. It’s important to know what it is, but I’m going to treat the fever. ”

‘We want to do more than contain people’

Kyle Fawkes and his family are among the many mental health advocates putting pressure on the provincial government to change the Mental Health Act. His father, Glen Fawkes, died by suicide 19 days after being discharged from Royal Jubilee Hospital in Oct. 2020.

“For months, we were desperate to connect my dad with vital and necessary mental health supports. Despite our best efforts, we turned up with nothing. No one seemed to take our concerns seriously as we left emergency rooms and doctors’ offices feeling disheartened and terrified for his health, “Fawkes wrote in The Tyee on Friday, Sept. 22. “Two years later, we look to policymakers for help.”

Fawkes noted that the Mental Health Act continues to face scrutiny from human rights advocates, people whose loved ones have been detained under the act and leaders in the nursing education community for its widely critiqued approaches to mental health treatment, namely the powers it grants physicians to detain people in hospital against their will.

In 2017, a report by the Community Legal Assistance Society of BC called the province’s Mental Health Act the “most regressive jurisdiction in Canada” for mental health detention and involuntary psychiatric treatment.

In a report provided to The Tyee last year, nearly 20,000 people were admitted to BC hospitals for treatment against their will from April 2020 to March 2021 – a number that doubled over 14 years.

The province announced legislation to create an independent service that will advise people on their rights if they’re involuntarily detained. A broader review of that act is slated to include the ministries of health and mental health and additions.

“Anytime that the government is stepping in, and essentially taking over control of some aspect of some person’s life, we’re doing a review of those processes and that legislation because it’s very dated,” former Attorney General David Eby told The Tyee in April .

The Canadian Mental Health Association’s Jonathan Morris believes that the new framework will be designed to help people who are often subjected to the Mental Health Act.

However, Stacy Ashton of the BC Crisis Center noted, that number isn’t the best indicator that mental health and suicide problems have vanished. 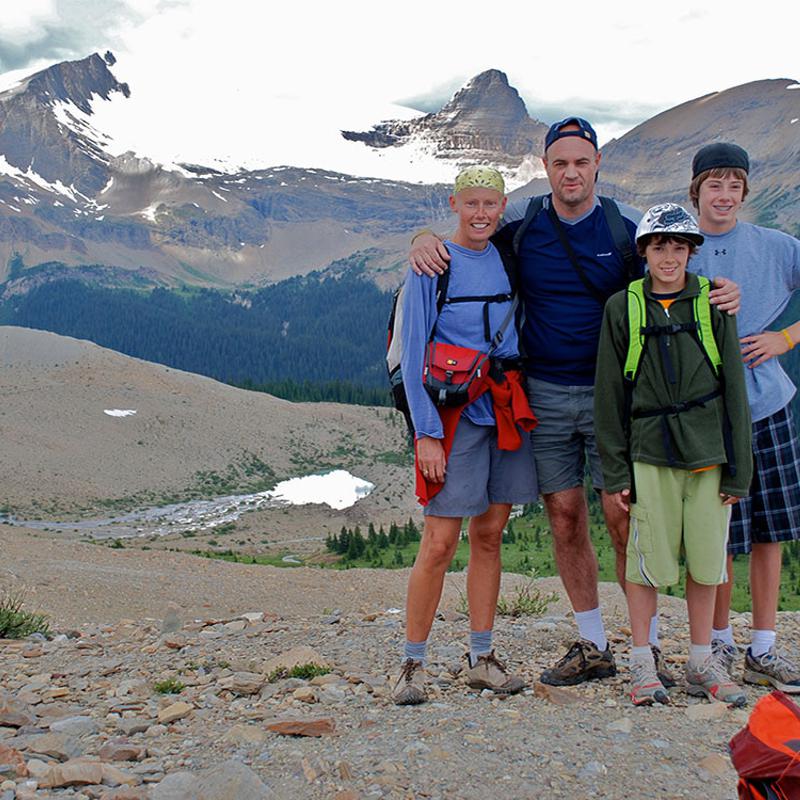 For My Father, Who Should Have Lived

During the COVID-19 pandemic, the BC Crisis Center saw a 90 per cent increase in demand compared to pre-pandemic levels. Specifically, calls were 48 per cent higher on their province-wide phone number, 1-800-SUICIDE. 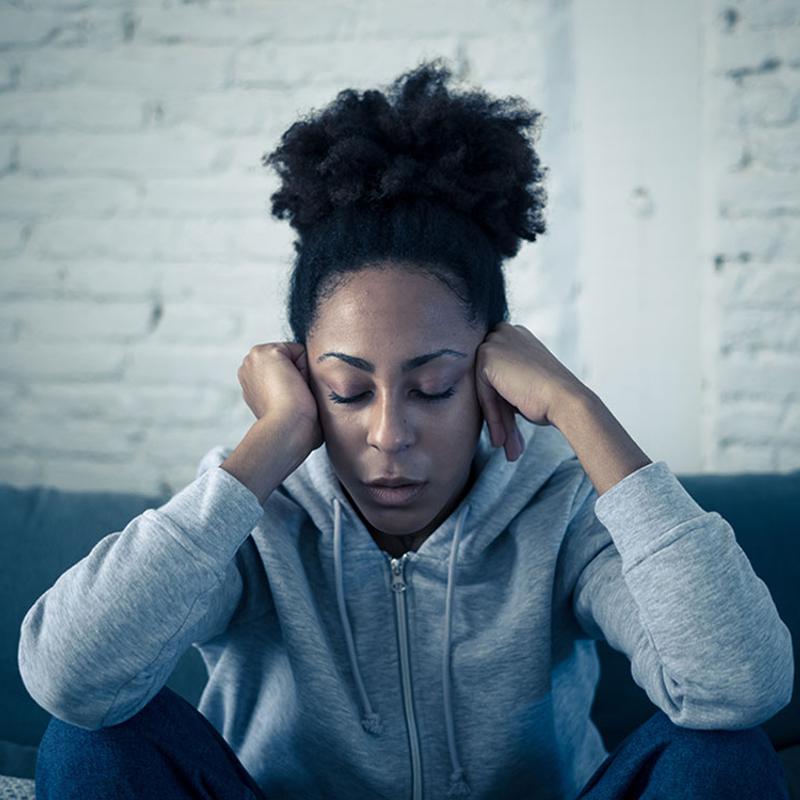 “BC will not emerge from its mental health crisis without supporting collaborative, community-led care that offers upstream interventions, and, when necessary, a more respectful and coordinated transition to involuntary treatment,” Fawkes wrote in The Tyee.

Moving forward with the new provincial funding, Ashton hopes work will be done to ensure the framework is flexible.

Particularly to help people who are having thoughts of suicide, rather than simply putting them in a box and saying they’re at “low risk, medium risk or high risk” of suicide.

“If you have a different understanding of what people are actually experiencing, you can be a lot more compassionate and pragmatic about how you treat it,” Ashton said.

Morris added that work is already being done by the five regional health authorities across the province to implement new suicide training tools.

While that is a good start, in the future, he would like to see the plan workshopped in collaboration with wider health organizations like the Provincial Health Services Authority and First Nations Health Authority.

“My hope is that we build a movement around this,” Morris said.