A new disposable paper battery activates with a few drops of water. It seeks to minimize the overall environmental impact in the long run.

Sure, it sounds quite interesting, but does it hold up enough power to run various gadgets? The proof-of-concept study that was published in the Scientific Reports explains its potential real-life uses.

Homes these days have become smarter than ever, and more Internet of Things devices are requiring batteries to work.

Not to mention that as simple as remotes also need to be typically powered by disposable batteries. And in this day and age, almost all electronics have gained a remote, including air conditioning.

But to be frank, the need for more disposable batteries in our daily lives ends up creating more waste in the long run.

Thankfully, a group of researchers has developed a new form of disposable battery, which is made of paper and gets its power in a few drops of water.

According to a recent report by Sci Tech Daily, the development of the innovative water-powered battery was led by Gustav Nyström, along with his colleagues Xavier Aeby and Alexandre Poulin. And their paper was actually published last July 28.

The science news website notes that the battery is made mostly of paper. The researchers have printed three inks on it. It also includes a single cell, which is around one centimeter big.

It is to note that ink is unlike typical ink we see on documents. Instead, it specifically contains graphite flakes. The study notes that it essentially works as the positive end that all batteries have. On the other hand, the negative part of the battery is printed with ink as well, but it comes with zinc powder.

So it turns out that the print on the paper battery allows it to have both negative and positive ends, making it work like a normal battery.

What’s more, the disposable paper battery features some salts, and it allows it to power up by using a few amounts of water or H2O.

Is it Powerful Enough?

As per the news story by Science Alert, the disposable paper battery is powerful enough to run various “low-power electronics and the Internet of Things ecosystem.” 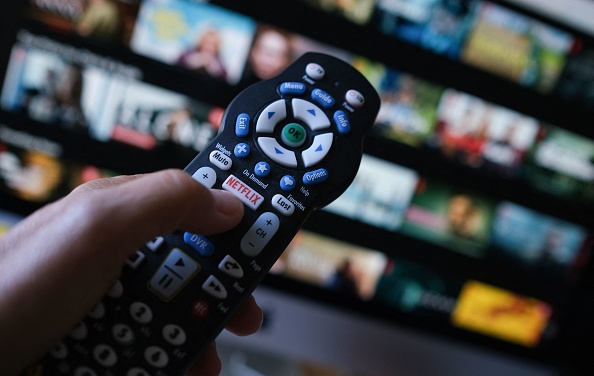 (Photo : CHRIS DELMAS/AFP via Getty Images)
In this illustration photo taken on July 19, 2022 the Netflix logo is seen on a TV remote in Los Angeles. – Netflix reported losing subscribers for the second quarter in a row Tuesday as the streaming giant battles fierce competition and viewer belt tightening, but the company assured investors of better days ahead. The loss of 970,000 paying customers in the most recent quarter was not as big as expected, and left Netflix with just shy of 221 million subscribers.

The research claims that the battery achieves a stable 1.2 volts. It means this innovative version of disposable batteries is nearly parallel to the AA alkaline batteries that we mostly use, which offer up to 1.5 volts.

This article is owned by Tech Times

ⓒ 2022 TECHTIMES.com All rights reserved. Do not reproduce without permission.