Music Director Riccardo Muti opens his 13th year with the Chicago Symphony Orchestra in a program that included the US Premiere of Coleridge-Taylor’s “Solemn Prelude” and works by Brahms and Tchaikovsky. (Credit: Todd Rosenberg)

It was pure, unadulterated magic.

If you needed to be reminded of the glorious sound Maestro Riccardo Muti has nurtured during his 13-year tenure as music director of the Chicago Symphony Orchestra, Thursday evening’s concert, marking the start of the 2022-23 season, served as a perfect example. The love affair between Muti and his musicians was palpable at every moment, with a synchrony and excitement of exceptional beauty.

It all began with the US premiere of “Solemn Prelude,” an 18-minute work by Samuel Coleridge-Taylor, the British-born composer of mixed race (a Black father from Sierra Leone and an English mother), who was hailed as “ the African Mahler” during his visits to the US in the early 1900s. Following the grandeur of its heraldic opening moments was a subtly dramatic lyrical melody spiced with the sounds of the winds, timpani and cymbals. The full orchestra captured its romantic quality with a mix of gentleness and heat, an underlying sadness, warmth and intimacy, and then a beautiful finale.

More: Maestro Riccardo Muti Takes a Look Back as He Begins Final Season at the Chicago Symphony Orchestra

Next came a phenomenal performance of Brahms’ “Piano Concerto No. 1 in D Minor,” featuring an absolutely hypnotic performance of this volcanic masterwork by pianist Yefim Bronfman and the orchestra.

Bronfman, a solidly built man, has fingers that can fly across the keys with remarkable delicacy, clarity and speed at one moment, and then attack with immense strength the next. The effect is utterly mesmerizing. And Muti and the orchestra were with him at every moment in this work that captures the full genius of Brahms and his rapturous melodies. 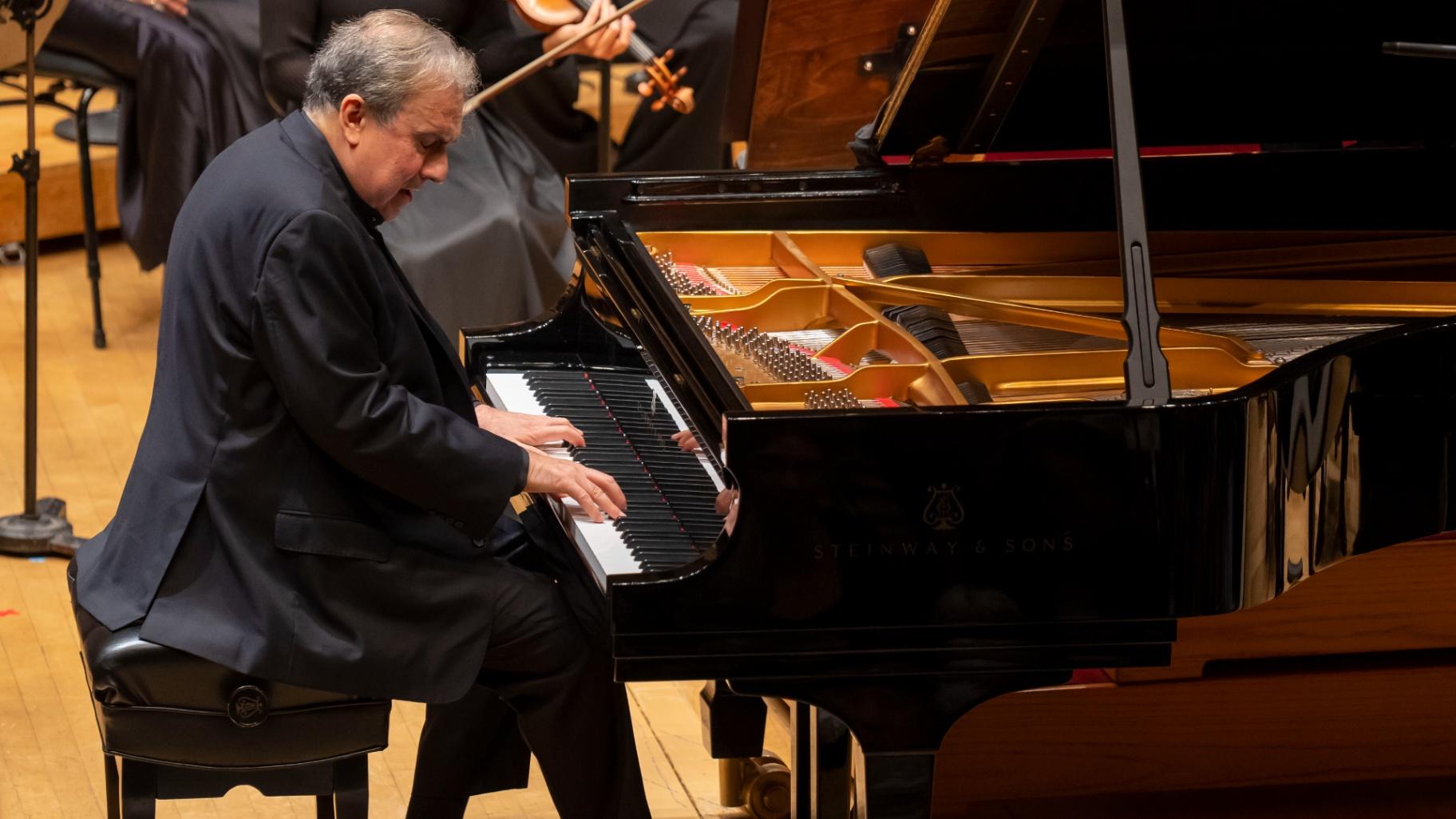 Pianist Yefim Bronfman was the featured soloist with the CSO and Riccardo Muti, performing Brahms’ “Piano Concerto No. 1” as part of the opening program of the 2022-23 concert season (Credit: Todd Rosenberg)

The concerto opens with the sound of the timpani and the golden melody of the strings, with a richly emotional solemnity evoked by the low strings before a thunderous gathering of the full orchestra that paved the way for the beauty and clarity of Bronfman’s playing and that eventually built into a thrilling ferocity. Bronfman can shift moods from absolute fluidity to great inner turmoil, and can subtly shade each repetition of a theme. His fingers veritably dance on the keys, alternately stormy and floating and often at mind-boggling speed.

The orchestra’s interplay with Bronfman was seamless, with Muti and his musicians engaged in the most breathtaking form of musical conversation, whether in a prayer-like calm almost confessional in nature, or an explosion of sound with the winds and brass in full force. This altogether monumental work left the audience in a state of absolute exaltation, with a series of thunderous curtain calls that also clearly captured the powerful artistic brotherhood between Bronfman and Muti.

It was the sound of a horn that signaled the start of the second half of the concert — a magnificent rendering of Tchaikovsky’s gorgeously melodic “Symphony No. 2 in C Minor” (a work nicknamed “Little Russia,” that in fact draws on several Ukrainian folk songs).

A richly emotional work, it once again revealed the virtuosic talent of the musicians in every section of the CSO, as well as their bravura unity. And Muti danced them all the way through the symphony’s four movements with their dramatic emotional shifts, the honeyed sound of the strings (led by Associate Concertmaster Stephanie Jeong), the fury of the percussionists (with the outstanding David Herbert on timpani), and the beauty and clarity of the winds and brass.

All in all, a concert to suggest that Muti conducts his brilliant orchestra with a magic wand rather than a baton.

Note: While Muti will undoubtedly return to the podium at Orchestra Hall as a “guest conductor” in future seasons, audiences still have many chances to catch him at work, including the official grand finale performances on June 23, 24 and 25, 2023, of Beethoven’s monumental “Missa solemnis,” with orchestra, chorus and soloists.