Aside from being the largest continent, Asia is also home to the oldest civilization, highest peaks, most populous cities and tallest buildings. In recent decades, spurred by booms in economy and population, the higher education sector in Asia is flourishing, drawing more international students to its shores. The cheapest Asian countries let international students get a great education and experience – for as low as US $ 2,900 a year.

Plus, with some of the world’s most cutting-edge technology emerging from South Korea, China and India, the continent is growing in opportunities – and hungry to absorb talent from abroad.

International students stand to gain just as much from their host countries too. The region has plenty to offer everyone, whether you’re a student from “the west” looking for a new experience or a native from a neighboring nation. Think taking mid-semester breaks for a trek through the Himalayas, diving with turtles in the turquoise waters of the South China Sea or exploring the country that gave birth to the global phenomenon of K-pop – all of which are just quick (and cheap ) flight away.

As exciting as it is, studying abroad doesn’t come free. Unless you’re on a scholarship, international students have to pay tuition, rent, food, and more.

Not to worry. If you seek to study in Asia on a small budget, then this list is for you. We have compiled the top four most affordable Asian countries based on tuition fees and the cost of living:

First on the list is none other than the “Asian Tiger”: Taiwan. With a low annual tuition fee of US $ 4,050Taiwan is one of the cheapest countries to study abroad.

This low price comes with high quality. Taiwan is ranked 19th in the QS Higher Education System Strength Rankings. Taiwan has 43 entrants in the latest Asian university rankings, with five places in the top 50 – the highest-ranked institution is the National Taiwan University (NTU) which is ranked in 19th place. It is also famous for its world-leading tech industry, with many universities located close to its answer to the US’s Silicon Valley, Hsinchu Science Park. 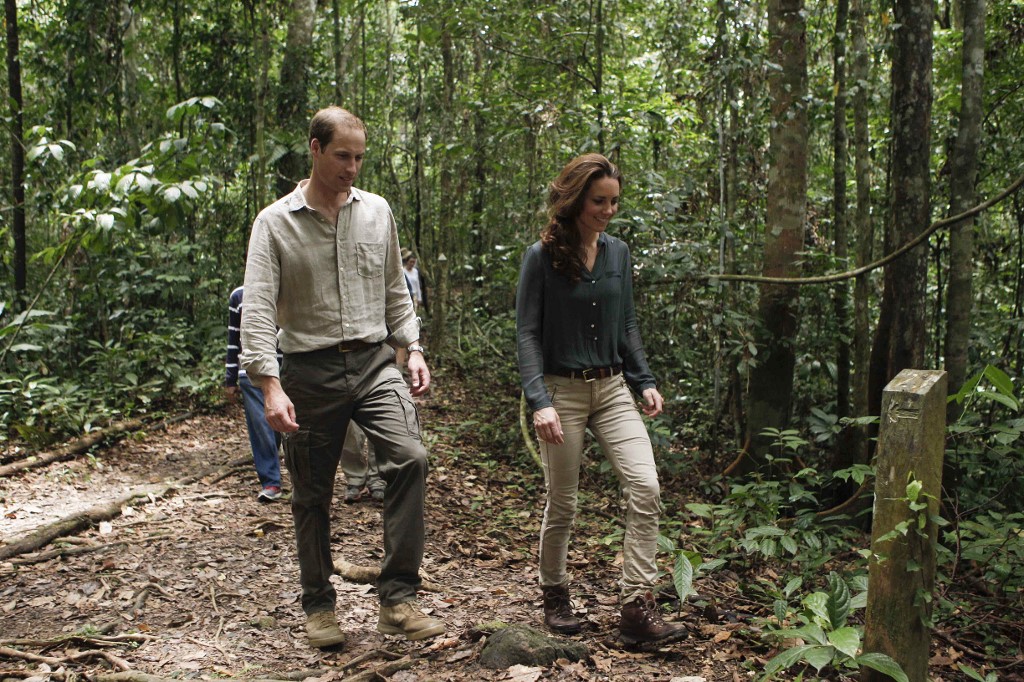 Britain’s Prince William (L) and his wife Catherine, the Duchess of Cambridge, walk through the rainforest in Danum Valley Research Center in Danum Valley, some 70 kilometers west of Lahad Datu, on the island of Borneo on September 15, 2012. Source: Vincent Thian / Pool / AFP

Choose to study in Malaysia and you’ll have so much to explore beyond campus – from colonial cities like Penang to the oldest rainforests in the world and glorious beaches.

Malaysia has many international partner universities, such as the University of Nottingham in the UK and Monash University in Australia, which offer students the opportunity to earn UK degrees but without the exorbitant costs of living in the UK.

That’s not all that makes Malaysia an ideal choice for international students. It also has one of the lowest costs of living. The capital, Kuala Lumpur, ranked first for affordability in the QS Best Student Cities 2016. Most students only need around US $ 3,550 per year to live comfortably in Malaysia. In terms of tuition, courses come up to an average of US $ 4,000 per academic year, with some courses even cheaper.

In fact, in 2018, the capital, Kuala Lumpur, was ranked the second most affordable city for students and the cheapest in Asia in QS Best Student Cities. Malaysia has 35 representatives in the 2021 QS Asia University Rankings, seven of which he is in the top 100. Among them, Universiti Malaya is ranked 70th in the world. 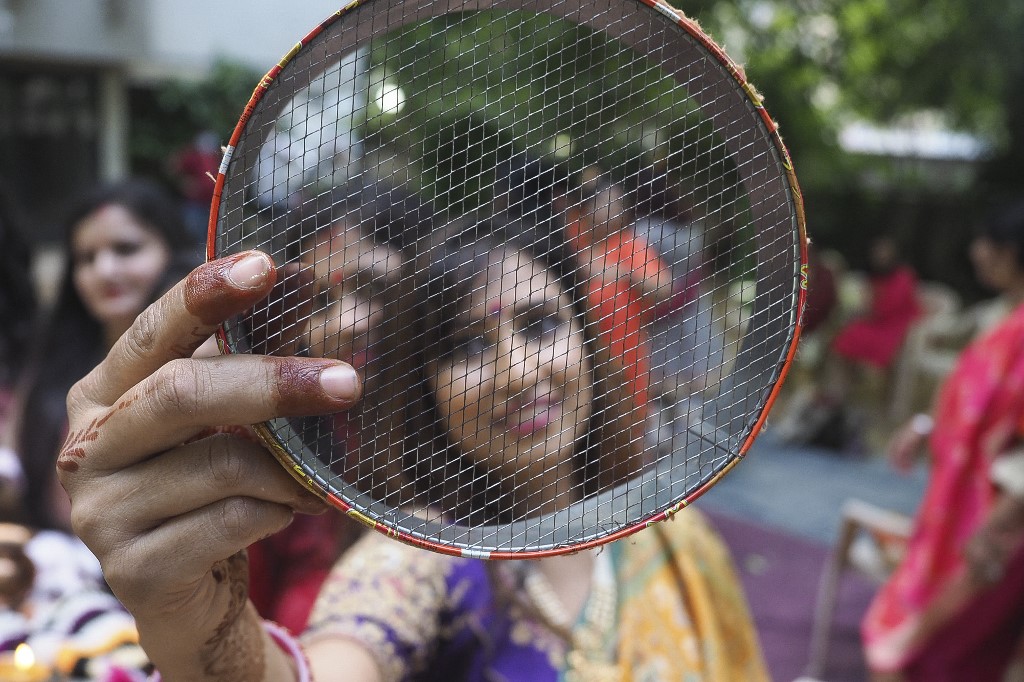 Hindu married women take part in celebrations for the Karva Chauth festival, in which married women fast the whole day and offer prayers to the moon for the welfare, prosperity, and longevity of their husbands in Allahabad. Source: Sam Panthanky / AFP

According to QS World University Rankings, the average cost of living for a student in India is roughly US $ 4,600 a year. This includes rent, food and transportation. A little tip: You can save even more on food by shopping at markets and street vendors, just as the locals do.

The cost of living is incredibly affordable. If you take public transport, it will cost you the equivalent of US $ 0.29 one way. Tuition fees, however, vary depending on the education level and institution chosen. Usually, tuition fees cost just under US $ 7,880 per year.

India is not only the second most populated country in the world, but it also has the largest higher education system. The universities are excellent and your career growth is guaranteed. Some of the top entrepreneurs today got their start at its famed Indian Institutes of Technology, such as Alphabet CEO Sundar Pichai and founders of Flipkart Sachin Bansal and Binny Bansal.

Though English is not the main language spoken in India, it is often used as the language of instruction at universities in India, especially at the postgraduate level. 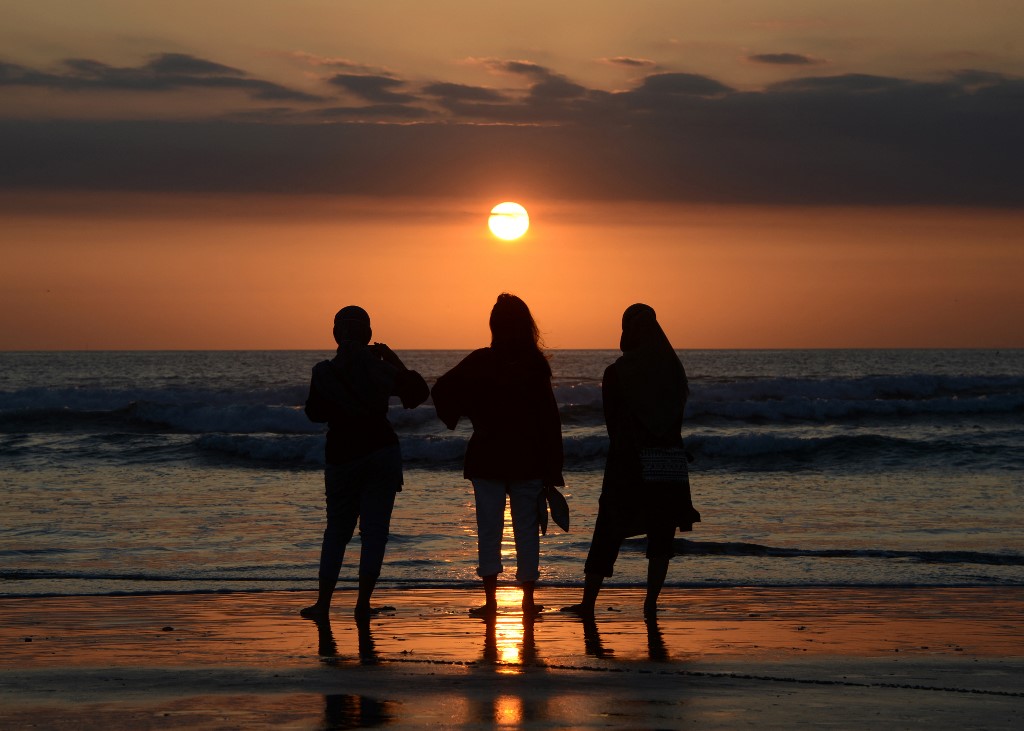 Still, volhe country is incredibly diverse, with hundreds of different ethnic groups, languages ​​and cultures blending together to form a friendly and peaceful country. Tourists around the world love visiting this beautiful country and its 17,000 islands, mountains, rainforests, calm beaches and temples.

Higher education in Indonesia has grown tremendously since its independence in 1945. As of 2022, there are around 3,000 private universities and 150 public universities in Indonesia for international students. Thirty Indonesian universities ranked in the top 350 in the latest Asian rankings, with Gadjah Mada University at number 57.

Currently, there are over 6,000 international students studying in the country. Many come from neighboring countries Malaysia and Thailand.

Indonesia has become a top pick for international students as it offers a lot. The language is not difficult to learn, and there are many natural wonders that make it a beautiful place to study.