WHILE lockdowns focused on the physical threat that Covid-19 presented especially to the NHS and the elderly, the public response to the pandemic was taking its toll, in various ways, on the minds of the young.

Dr Emma Loveridge, a psychotherapist and director of the therapeutic clinic Rafan House, based in Harley Street, London, who is working with some 300 schools nationwide – one third of which are church-based – says: “I think we did untold damage to children, and others, and we have not yet seen the worst of it. “

The head teacher of Christ Church C of E Junior School, Downend, in Bristol, Pippa Osborne, says: “We thought there would be some impact, but nothing as much as we’ve seen. During lockdown, it became very clear how many were struggling, and how many parents were, too. “

Of her school’s 300 pupils, she reckons, probably 70 per cent are not showing any significant issues or long-term effects. For them “it is enough for us [the teaching staff] just to be ourselves. “

Of the other third of the pupils, most have been moderately affected. Many of these children have been having one-to-one coaching, or various forms of therapy, because they have lost social skills – such as knowing how to deal with conflict, share, and take turns. The school now employs a full-time “inclusion leader” and two trained “emotional-literacy support assistants”.

“But then there are five per cent who are severely impacted,” Ms Osborne says. “Either they thrived at home and now realize that, actually, you don’t have to go to school; or they switched off completely, and we’re really struggling to get them back into a learning environment. “

Dr Loveridge puts the proportion of those she has found needing significant help with a mental-health problem rather higher, at ten per cent. The Revd Steve Chalke, founder of the Oasis Trust, which runs 52 academies in England in communities that face severe social and economic challenges, says: “I would say it’s been worse even than that in our schools.

“If your home is cramped and damp, if you’ve got two brothers or sisters and the broadband doesn’t stretch to running three computers at a time, and you haven’t got a little desk in your bedroom, and you haven ‘ t got a garden, and there isn’t a park down the road – all of these factors made things worse during lockdown. “

SOME children have not returned to school, Mr Chalke says, and the attendance of many others is much more sporadic than it was. It is estimated that there are now at least 100,000 “ghost children” around the country who are persistently absent from school.

“If you’re a parent who through Covid struggled with your own mental health – perhaps you’re a low-paid key worker, or you have to fight for every penny on a zero-hours contract – you have no emotional space in your head to be involved with the needs of your child. We have seen the knock-on effect of that.

“Young children leapt to all sorts of troubling conclusions about Covid. We had children wetting themselves who had never done that before, children who went inside themselves and lost their communication skills. There were vulnerable children who our schools were open for but who wouldn’t come in. “

He gives the example of a sixth-former he knows “who comes from a tough background, but is a wonderful kid in every way, academically able with a massive personality. His mother couldn’t get him out of his bedroom. He’d become scared stiff of going out. Now he’s a shadow of who he was. “

USUALLY, children’s bodies heal more quickly than those of adults. Is the same true of their minds? In general, yes, Dr Loveridge says, “but if a young child breaks a bone in their ankle, say, and it doesn’t mend properly, they may limp for ever; and it’s the same with the mind. If minds are injured at a point of growth that is crucial developmentally, the damage could become permanent if not addressed. “

We have yet to learn how much abuse went on in lockdown, she gives as an example. “That has an effect from which the mind may not recover.”

Another concern is those who reached adolescence during lockdown. Aspects of this stage of development, she says, “are often helped by being in the context of a social-peer group, and we took them all out of that context.”

Neuro-atypical children are struggling. “I’m not so worried about the academic side,” Dr Loveridge says, “but for those who are neurodiverse, or who have dyslexia or dyspraxia, for example, the lack of continuity created a hiatus in their social development.” Many of them are refusing to go back to school altogether.

Perhaps counter-intuitively, she says, the key to restoring the mental health of children in schools is attending to that of the staff.

“What we have found over this last year, when we had expected to return to normal,” Mrs Osborne observes, “is that a lot of particularly newer, younger staff have really had a wobble. They have really needed support as we have readjusted the boundaries of what we expect, back to where they were pre-pandemic. “

“If your staff are traumatised,” Mr Chalke says, “that trauma gets passed down to the children. So, we have given all our staff the opportunity to take time out, sit down and talk, so that everyone feels there’s someone they can speak to, privately and confidentially. You do it for their sake, but also because only by doing that do you develop the resilience your staff needs to work with others. “

Dr Loveridge advises school leaders “to put their resources first and foremost into sorting out their own and their staff’s well-being. It’s like oxygen masks in an airplane: you put your own on first, and then you can sort out your children. “ 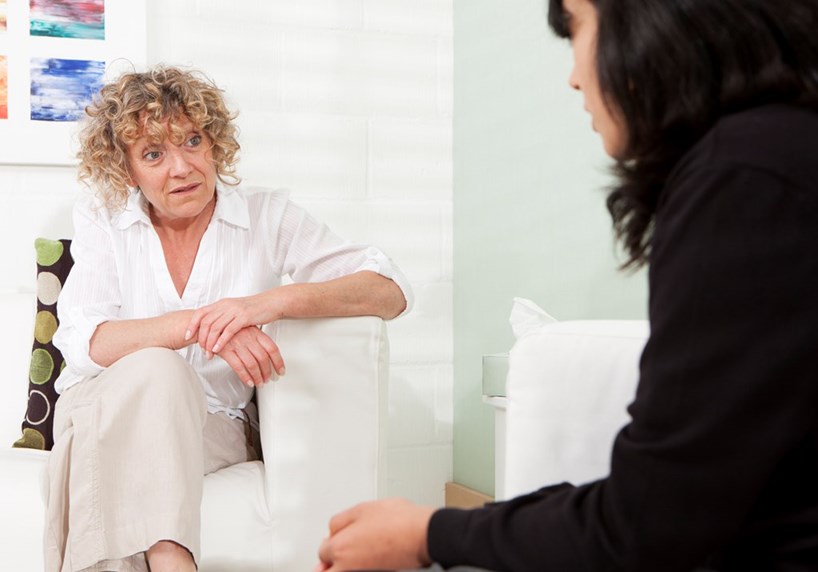 istockSchools report that counseling, available through CAMHS for children and young people struggling with mental-health issues after lockdown, is wholly inadequate

Schools may want to consider setting up routine meetings in which staff come together, perhaps with some external help, to think about what is impinging on them.

“It is actually very difficult, when you are trained in a vocational profession to help others, to admit to having ’emotional flu’; so we tell schools. Don’t ask individual teachers to put their hands up, but say: ‘Look, we’ve all got it.’ “

If the children see staff attending to their own well-being and able to talk about what they’re doing, “they will mimic this, and their own minds will become less frayed”, she says.

FOR THOSE children whose minds have been badly damaged, the NHS provides Child and Adolescent Mental Health Services (CAMHS). But the service is overwhelmed, Mr Chalke says. “Think of a liter bottle of Coke. The need is the amount of Coke in the bottle; the number of cases that can be referred to CAMHS is the amount you could fit into the bottle top. That is no exaggeration. “

Dr Loveridge explains that, 20 or 30 years ago, the Government decided to concentrate on behavioral approaches to mental health. “As a result, we now lack a more wide-ranging provision that addresses the irrational, the unconscious, the part of the mind that can run amok when it’s not ‘held’ well.

“The way Covid-19 was presented has caused fear among children coming out of lockdown. They have been led to believe that their actions, such as leaving the house and going to school, could have dire consequences for others; and that anxiety is coming out in all sorts of things, from endless nightmares, to eating disorders, to depression. “

These things cannot be combated without engaging with the fantasies that create the anxieties, she says, and there are not enough specialists in psychotherapeutic work to meet the present need. That is why, she says, “it is so important that all the adults get their heads around their own post-pandemic issues, because a very significant number of these children can be helped, in school and at home, if teachers and parents are shown how to help them. “

HAVE faith-based schools proved better-equipped to deal with mental-health issues? Some have, some have not, Dr Loveridge says. “I think what makes a difference is a belief that the whole community are part of the solution.”

Mr Chalke echoes this. “If you had asked somebody in 2018 what the purpose of a school was, they’d have said: to educate children in maths, geography, etc. The same question now would get a completely different answer. The school is there for the children, but it’s there for their emotional and social and mental health. It also has to be there for the parents, because a child can’t learn when their parents are in huge need.

“We have a new understanding now of the role of the school in community – especially primary schools – because mums and dads gather at their gates. I think we’ve learnt that, if you want to address the mental as well as the physical health of a local community, the school is a really good base – if they are funded properly to do it. “