Beauty may be in the eye of the beholder, but when it comes to getting hold of an appointment for your hair or another treatment…that’s a different story: The bespoke nature of a lot of the work has meant that a large swathe of the professionals providing these services have stayed offline when it comes to interfacing with customers.

But that is changing, and today, Boulevard — one of the wave of software companies that’s building a route to digitizing booking appointments, messaging clients, and taking payments for hair salons, nail salons, barbershops, face and skin care service providers, and others in the world of beauty and wellness services — is announcing that it has raised $70 million in funding, a signal of changing demand and the traction this startup in particular is getting in the space.

The funding, a Series C, will be used to continue expanding Boulevard’s product and engineering teams and to build out more tools targeting an ever-wider set of users in the bigger wellness and beauty sector (those product additions are typically big — it most recently added a whole new payments feature). This round is being led by Point72 Private Investments, with previous backers Toba Capital, Index Ventures, Bonfire Ventures, BoxGroup, and VMG Partners also participating.

It brings the total raised by the company to around $110 million (per PitchBook data) since Boulevard was founded in February 2016; and while the startup is not disclosing its valuation, CEO and co-founder Matt Danna said in an interview that the figure has tripled since last summer — particularly notable, given the current pressures in the tech sector and overall financial markets.

But at the same time, Los Angeles–based Boulevard got this funding infusion at a boosted valuation because it has been on a roll. Focusing on the US to date, the company said that it saw an 188% growth in annual recurring revenue compared to a year ago, with more than 25,000 individuals in 2,000 salons and spas in the country now using its platform. It’s also a massive market — and by Danna’s estimates, still with a lot of untapped business — with Boulevard quoting figures that forecast personal care and beauty sales passing $1.4 trillion, and the spa sector passing $150 billion, both by 2025.

The gap in the market that Boulevard is building to fill is that one-person bands, independent salons, and bigger chains all grapple with the same problem. Personal care is exactly that — personal and individualized — and therefore it’s been tricky for personal care specialists to use scheduling tools to organize it. Individual clients have differing requirements, treatments may take more or less time, and specialists are not robots whose time management can be predicted.

Image credits: Boulevard under a CC BY 2.0 license.

Danna and his co-founder, CTO Sean Stavropoulos, previously worked together at Fullscreen as head of product and head of engineering, respectively. They were early to that idea: Danna describes it as “creator tools for YouTube before YouTube built them itself,” and he said they came up with the idea for Boulevard out of a joke between them. “I was making fun of [Sean’s] hair and saying he needed it cut, and he was telling me he couldn’t find time to get on the phone for an appointment,” he said. They realized there was a lot of friction in the process that didn’t need to be there: Why did they need to make a phone call in this day and age?

“We started obsessing about this,” Danna went on. They decided that this would be what they would tackle and build as a business.

Things then took an investigative, plainclothes turn. The pair posed as UCLA students doing research, Danna said, going from salon to salon asking questions about what worked and what didn’t with scheduling in their workplaces. They built a picture of why so much was still done offline. In short, it was about “yield optimization,” Danna said. Specialists and their salons wanted to be perfectly booked up, and salons weren’t actually completely offline, either. Roughly half used some software on premises or in the cloud, but none of it did the trick both for the salons or their customers. 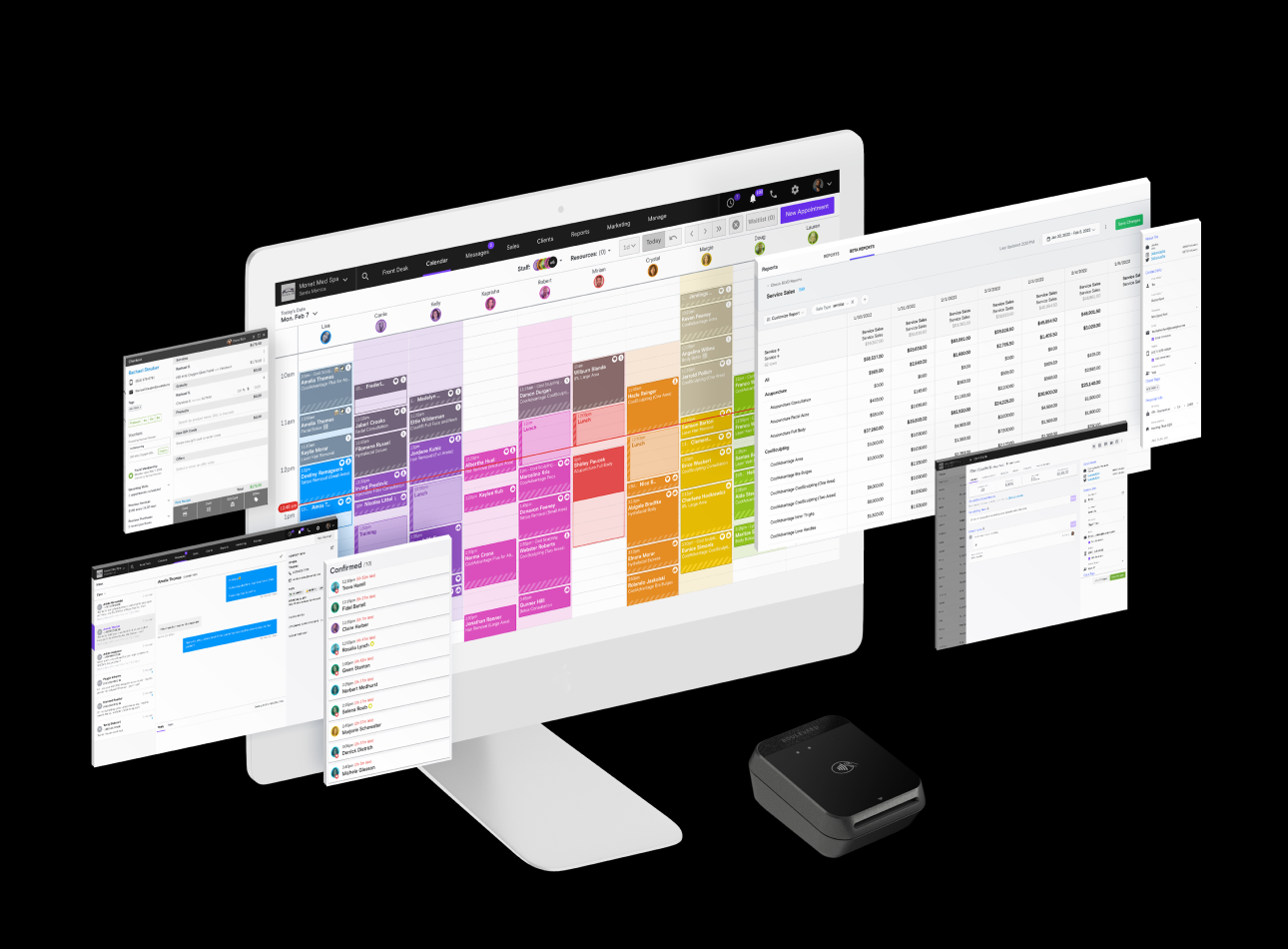 Their solution was to give users more control over how to build and personalize appointment lengths for clients, depending on specific treatments and specialists, and for each booking to in turn affect how the rest of the day’s schedule looked (not unlike Google Maps and the constraint solver used to help estimate travel time for vehicle routing in a particular set of traffic conditions, Danna explained). In time, the plan will be to also help individual consumers (clients) build their own profiles that can be applied to any bookings they make with a particular salon, and maybe potentially elsewhere, too, marketplace style.

The rebound that Boulevard saw in the pandemic is another sign of the demand in the market, and perhaps a signal that its customers and the industry in general are more recession-proof than some might have assumed. Danna said that Boulevard’s business took an inevitable pause in the second quarter of 2020 as COVID-19 took hold, but “it was bouncing back within a quarter of that,” he said. Albeit that is with a different-shaped set of workers.

“Across all of the businesses we work with, they are doing 15% more revenues than pre-pandemic, although they are down 20% staff,” he said. “It was a big reshuffle.”

It will be interesting to see how and if that continues to play out as Boulevard eyes up international expansion. But for now, it’s a startup its investors believe is on solid footing in its home market.

“As the self-care industry continues to grow, so too will the role technology plays in creating the seamless experiences that keep clients coming back,” said Eddie Kang, a partner at Point72 Private investments, in a statement. “Not only has Boulevard designed an elegant and visionary platform that fills a pressing need in a fast-growing industry, but they’ve also built a thoughtful, customer-centric culture validated through world-class retention. We’re excited to support the Boulevard team as they continue to grow.” Kang is joining the board with this round.