Many of the memoirs and biographies of the early HIV / AIDS epidemic focus on activists and leaders — whose stories are indeed important and inspiring — but equally crucial are the tales of everyday folks, whose lived experiences can add to our sense of AIDS history and tug at our heartstrings. You can listen to one such story (for free!) In the two-part monologue podcast Timby actor, author and activist Abby Stokes.

With candor and an eye for detail, Stokes recounts the harrowing but ultimately beautiful tale of her relationship with Tim, her bestie, roomie and fellow theater nerd, who died of AIDS-related illness in 1992. Centered in New York City, the story illuminates the love and grace and even good times that can coexist alongside such sorrow and loss.

Produced by JasonCharles.net, Tim is available on Apple Podcasts, Spotify and JasonCharles.net. POZ emailed Charles, who is living with HIV, and Stokes to ask them about the podcast and learn more about this remarkable story.

Why do you feel it’s important to document and amplify stories like this?

Abby Stokes: I think Tim’s story, well, Tim, was beautiful. So it’s a story of courage and grace that I think can empower people. It’s also a story of horrible tragedy amplified by our government lack of action. So there are many facets to the story that make it worth telling and retelling.

Jason Charles: Tim resonated with me, not only because of my own life living with HIV / AIDS but because it really is a powerful love story that happens to have the AIDS crisis as its setting. Obviously, Abby’s storytelling ability is remarkable, and her candor and compassion really create a complete picture of love and loss. It is so important that we continue to document the legacies of the talented and beautiful souls like Tim who are no longer around to tell their own stories.

Although many of us diagnosed with HIV have been living healthy lives thanks to the advances and treatments now available, the AIDS crisis is not over, as millions continue to live with it. Also, I think the COVID pandemic — its politicization and its devastation on the disenfranchised — has only amplified the need for a better understanding of public health issues and how they affect people on a personal level. It is important to remind younger people that the AIDS fight was not all that different, and through stories like Tim’s, we can learn so much about humanity and understanding that we are all capable of when it affects us so personally.

Abby, how did Tim’s death affect your life?

Tim made me a better person. He showed me grace. And I can only hope that I will be as patient and thoughtful and generous with people who are taking care of me when that time comes. We were so young. I remember someone saying to me after Tim’s death that there was a sparkle in my eye that had gone out. I am conflicted about that observation because Tim contributed so much to me in a positive way, but the reality is, deep sadness and loss leave a mark.

And how have listeners responded?

Abby: I’ve heard from people who knew Tim and really loved being reminded of that poignant and important time. I’ve also heard from people who did not know Tim and were not around during the AIDS epidemic at its height. Equally moved. Death is universal, regardless of which epidemic or plague might be bringing it closer to home for all of us.

Jason, can you tell us more about your podcast network and any other shows of interest to the POZ reader?

The tagline for our podcast network is “deep talk, deep sounds.” As with all of our programming, Tim is a deep story that is authentic and unique. Every one of our nearly two dozen series somehow reflects a part of who I am and what I find interesting in life, as a DJ, record collector, music lover, design and style aficionado, downtown New Yorker, travel and language enthusiast, yoga practitioner , queer history supporter and my own history as an HIV-positive man for over 20 years.

We have several related series that I think Tim listeners will find interesting as well, including:

Inside Bogosian: Monologues, an audio tapestry of playwright Eric Bogosian’s early short monologues read by Chris Sheller, a talented New York City theater actor and artist. Like Timit describes a time in New York City that was quite dark and difficult but also bittersweet, colorful and at times funny.

Queer City Confidential is a scripted comedy series by two downtown queer comedy writers who create short skits that shine a light on what it’s like to navigate the LGBTQ + world of life and love in NYC today.

Style Philosophershosted by fashion and style marketing veteran Michael Perris, is an interview series that spotlights the lives of people in design and the arts who have a unique perspective and live by their own rules.

Under the Covers with Claire Connors is an interview series with magazine industry insiders and the people behind the scenes of the iconic cover images we all know and love. [Editor’s note: POZ’s Trent Straube was featured on Under the Covers, talking about his time helming HX, a weekly gay guide to New York City that was published from the 1990s to the 2000s.] Claire’s conversations provide an in-depth look at every facet of [New York City] in its heyday as a print industry mecca, often, like the story of Timin the ’80s and’ 90s. 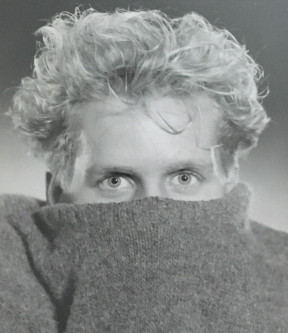