Will Cambridge net Emma Raducanu? On eve of Wimbledon, top university is ‘holding door open’ for the A * superstar and she might study economics there, reveals her granny

Education is priceless – even for global sporting sensations.

And 19-year-old tennis prodigy Emma Raducanu has vowed to go to university as soon as her schedule allows it – with Cambridge top of her list.

Her grandmother Niculina Raducanu told the Daily Mail that the top-ranking university made Emma an offer after she scored highly in her A-levels last year.

Speaking from her home in Bucharest, Romania, she said: ‘I know she wants to go to university to study economics as soon as she has the time. Cambridge University offered her the possibility to take classes there. They said she is welcome any time. ‘ 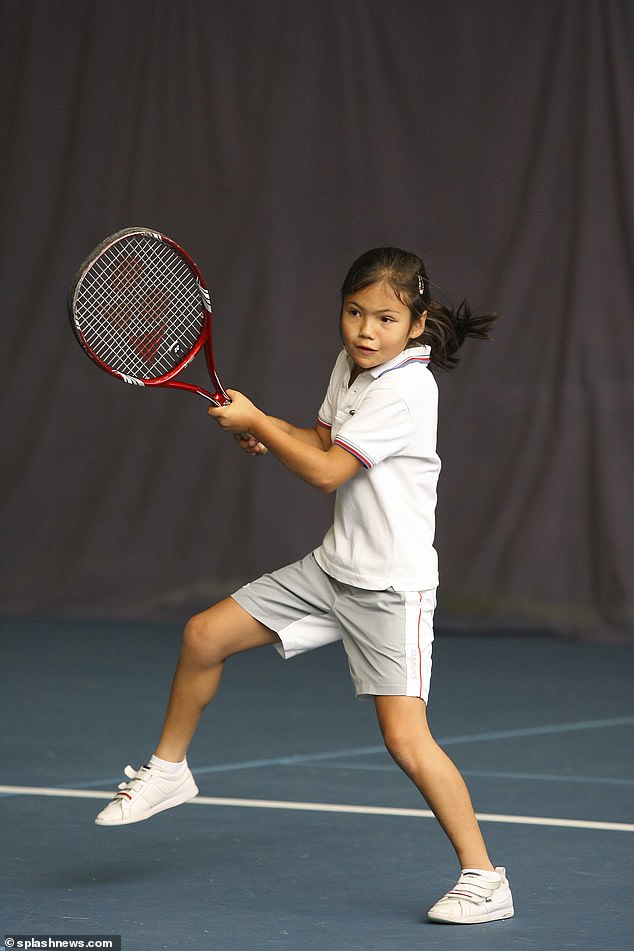 She is thought to be worth up to £ 10million thanks to her prize money and deals with the likes of Dior, Nike, Tiffany and Vodafone. Pictured: A young Emma Raducanu playing tennis

She said her granddaughter told her about Cambridge in one of their twice-weekly video calls not long after her fairytale US Open triumph. The 89-year-old retired primary school teacher said: ‘It is my wish for her to continue her education but it is also her wish. She will do both tennis and university – but she needs to be strong in order to do both.

‘Emma has always split her life between practice and school. She is planning to honor her university offer as soon as she can, ‘Mrs Raducanu added. A spokesman for Cambridge University last week refused to confirm whether it has formally offered her a place.

A ‘model pupil’, she achieved an A * in maths and A in economics at the highly selective girls’ grammar academy, Newstead Wood School, just weeks before winning the US Open.

She is thought to be worth up to £ 10million thanks to her prize money and deals with the likes of Dior, Nike, Tiffany and Vodafone. 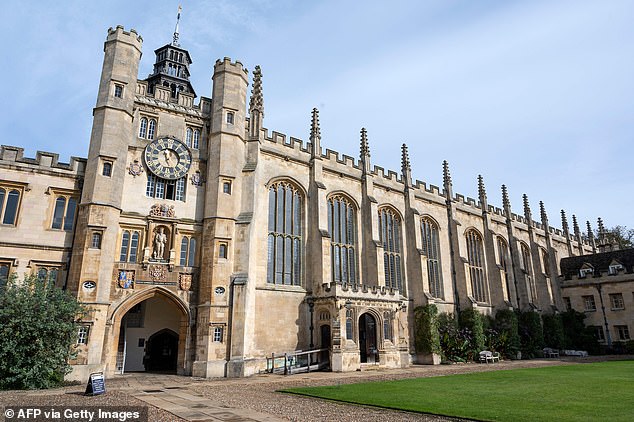 ‘Money comes and goes, but an education will never go away,’ her grandmother said. The British No 1 is now preparing for Wimbledon, which starts on Monday, after suffering a freak injury in the Nottingham Open.

But childhood photographs of the tennis prodigy show that she has always risen to a challenge.

Poised with a racket in hand and her face etched with concentration, at just seven she claimed one of her very first titles in 2010 – the Kent County Closed Junior Championships, fending off her older nine-year-old rivals. Among her competitors was Sasha Hill, 21, who said: ‘I remember what she was like as a child, she was very hardworking and dedicated – those are two words that instantly come to mind when I think of her. Obviously you can’t tell if a child is going to be Grand Slam champion, but you could tell she was different from the rest. ‘