They say about Russia that everything changes in 20 years and nothing changes in 200. Dramatic changes amid furrows of deep continuity – over the past century, Russia has seen revolution and state collapse twice, in 1917 and 1991; mass heroism and mass crime, ambition and despair. Each time it has risen from the ashes to find its feet, with its essential soul untouched and Russia’s “many Russias” intact.

To capture this fascinating journey in clear but enticing prose for the non-Russian, non-specialist audience, Dmitri Trenin, director of the Carnegie Moscow center and one of Russia’s finest strategic thinkers published in 2019 this short, eminently readable book that set the stage with remarkable prescience for the tragic events unfolding today in Russia’s unending conflict with the West over Ukraine.

Not One Inch: America, Russia, and the Making of Post – Cold War Stalemate by ME Sarotte (Yale University Press, 2022) Not One Inch: America, Russia, and the Making of Post – Cold War Stalemate by ME Sarotte (Yale University Press, 2022) (Photo: Amazon.com)

The Russia-Ukraine war is upending the global order in ways that few foresaw just a few months back. This crisis, however, is about much more than merely the future of Ukraine as an independent sovereign state and Russia’s imperialistic ambitions. The origins of the crisis go all the way to the end of the Cold War and the manner in which the East-West diplomacy shaped the contours of Russia’s subsequent engagement with the West. In this masterful study based on the secret records of White House-Kremlin diplomatic back and forth, Sarotte, a professor of History at Johns Hopkins University, lays bare the underpinnings of the present disruption in European geopolitics. A must read to understand the present imbroglio at the heart of Europe.

The Art of Strategy, by Lawrence Freedman (Oxford University Press, 2019) 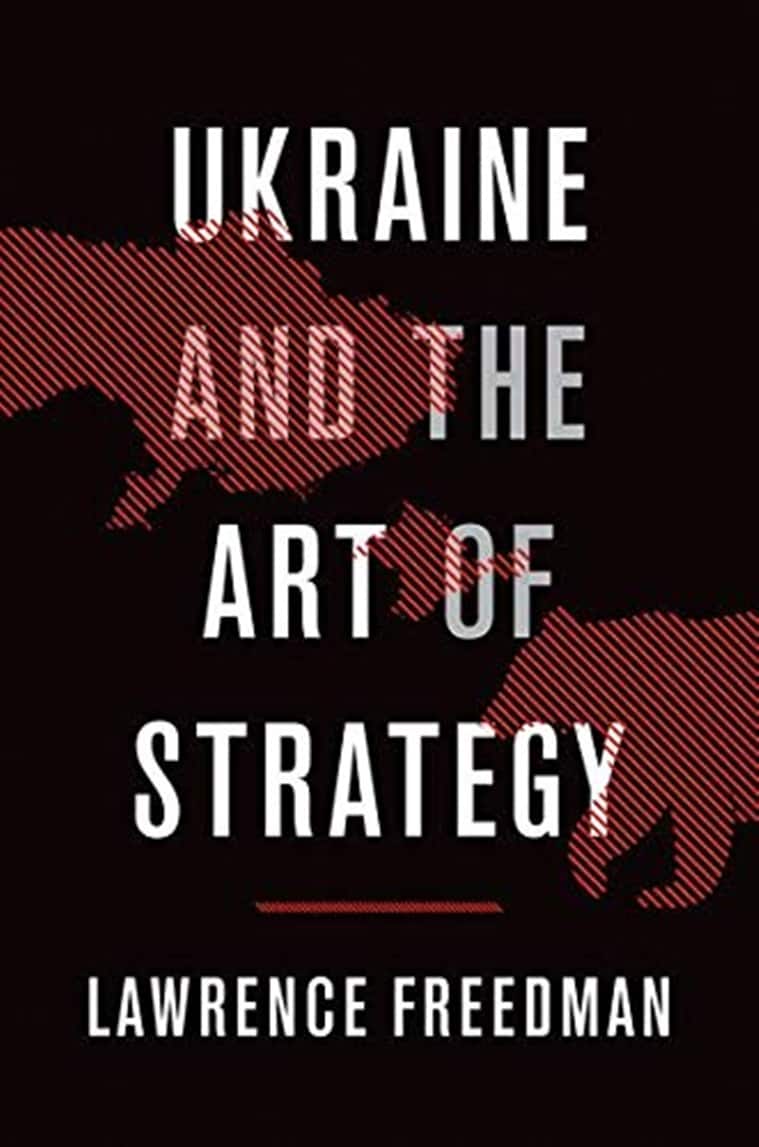 Besides my own book (Ukraine and Russia), the one I would recommend is Ukraine and the Art of Strategy, by Lawrence Freedman. Freedman is among our most eminent students of strategy and conflict, and he has brought his vast knowledge and experience to bear on Russia’s 2014 invasion of Ukraine. In doing so, he lays out many of the issues that remain at stake in 2022. His book stands out from others in that it is less interested in advancing an argument about who is to blame for the conflict than in exploring the implications for Russia, Ukraine, the West, and the broader world. While the book is very readable for the non-specialist, Freedman’s arguments will force even experienced scholars to reassess their own interpretation. 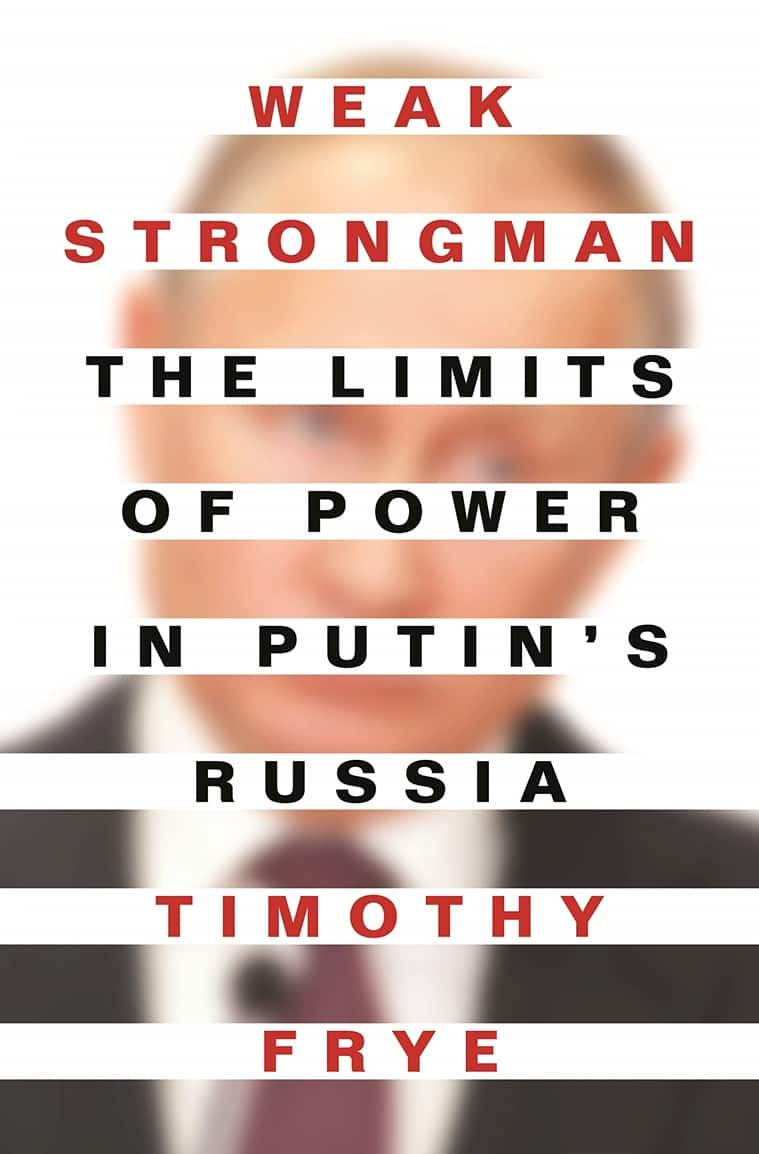 My first pick is The Foreign Policy of Russia by Donaldson and Nadkarni. In its latest edition, the book incorporates fresh coverage of all the burning issues of our times, including tensions with the US, and engagement with Ukraine, Crimea, and Syria. Additionally, it also provides a holistic understanding of Russia’s national interests, and a consolidation of the Russian state through domestic and regional issues related to energy politics, human rights, Islamism, separatism, and terrorism.

My second pick is Timothy Frye’s Weak Strongman. This book demystifies the often enigmatic persona of Vladimir Putin, and challenges several stereotypes about Russia under him. It also provides a good analysis of how the Russian state emerged after the fall of the Soviet Union, and why streaks of autocracy are evident in it despite formal democratic institutions. Besides this, it also offers an account of Russia where Putin is not so omnipresent. So, in a nutshell, it engages with the larger than life presence of Putin in Russia and then goes beyond it to argue what the real Russian state is like. I would like to recommend two books to the readers. The first is called Russia by Dmitri Trenin. It’s a small book but it gives you an idea of ​​the evolution of Russia as a state, and the evolution of the Russian people and their understanding of their identity and how they see the world.

The second book I would recommend is Collapse: The Fall of the Soviet Union by Vladislav M. Zubok. Apart from what the title suggests, the book also helps readers understand the emergence of a new Russia. It is a very clear explanation of the forces that operated within Russia when the Soviet Union broke up.

Both of these books will give people a fairly good understanding of why the Ukraine crisis has taken place. Both books have been written for the lay reader and to acquaint a complete novice with this entity called Russia, particularly Trenin’s book. In fact, I have gifted both of them to my daughters as well. This book presents a comprehensive view of nine leading Russian foreign policy experts affiliated with the National Research University, Higher School of Economics, Moscow. The discourse focuses on the transformation of world order due to tectonic changes in the world, the crisis in liberalism, renewal of ideological rivalry, power shift from West to East, Russia’s place in the emerging global order and capacity to address threats and opportunities.

Russia addresses the emerging threats and opportunities by pursuing novel approaches to global security, governance, and a comprehensive foreign and domestic policy aiming to integrate the entire Eurasian space in close cooperation with China and other regional powers.

Given the current unprecedented sanctions and Russophobia, the disregard for Russian indigenous discourse and narratives, and the absence of a fair, logical and reasonably informed discourse on Russia’s views on her legitimate interests and genuine security concerns, I found this book helps comprehensively understand Russian foreign policy. Therefore, this book is helpful to scholars, researchers, and anyone interested in Russian studies.

Director of programs at the Russian International Affairs Council (RIAC)

Recommendation:
The World in 100 years published by RIAC

Why?
The anthology contains 55 articles and is a result of a long-standing experimental project by key Russian and foreign experts who offered their forecasts on various aspects of politics, economy and social life at the turn of the 21st century. The reader presents Russia’s first large-scale attempt to cast a glance into the far-away future and outlines the contours of human life in 100 years, including the global political architecture, the future of liberalism and conservatism, maps of Europe and the Middle East , wars, global population and many other things.

The next Reading Room recommendation will appear on April 30