The Association for Computing Machinery (ACM) has named Pieter Abbeel the recipient of the 2021 ACM Prize in Computing for contributions to robot learning, including learning from demonstrations and deep reinforcement learning for robotic control.

The ACM Prize in Computing was established in 2007 to recognize:

“an early to mid-career fundamental innovative contribution in computing that, through its depth, impact and broad implications, exemplifies the greatest achievements in the discipline. ”

The award carries a prize of $ 250,000, with its financial support provided by Infosys Ltd. 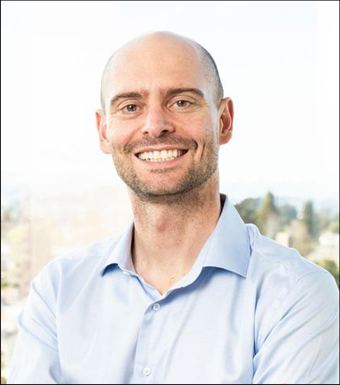 Currently Pieter Abbeel is a Professor of Computer Science and Electrical Engineering at the University of California, Berkeley and the Co-Founder, President and Chief Scientist at Covariant, an AI robotics company.

Having earned his Bachelor’s degree in Electrical Engineering from Katholieke Universiteit Leuven, Abeel went on to do his Masters and Ph.D. degrees at Stanford University and his doctoral dissertation, which demonstrated that a clever combination of learning and optimal control can enable robotic helicopter control at the level of the best human pilots, received the 2008 Dick Volz Best US Ph.D. Thesis in Robotics & Automation Award.

While his earliest work in robot learning involved “apprenticeship learning”, he then went on to use deep neural models in reinforcement learning. See A Robot Learns To Do Things Using A Deep Neural Network for our 2015 report of a study in Abeel and his team took a Willow Garage PR2, called BRETT, for Berkeley Robot for the Elimination of Tedious Tasks, equipped with a single 2D video camera , and placed a fairly complicated DNN between the camera and its motor controllers. 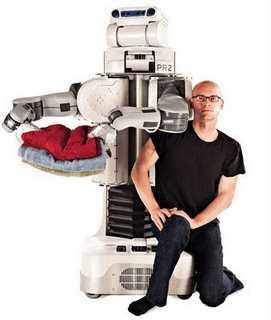 Pieter Abbeel pictured with a Willow Garage PR2 in 2011 when he was one of winners of that year’s MIT Technology Review Innovators Under 35 award.

According to the ACM

Abbeel is considered the leader of his generation in RL, especially as it pertains to robotics. His work on trust-region policy optimization provided the first reliable RL procedure for continuous control, as showcased on simulated robotic environments. Further from there, Abbeel has made several other pioneering contributions to Deep RL for robotics. These contributions include generalized advantage estimation, which enabled the first 3D robot locomotion learning; soft-actor critic, which is one the most popular Deep RL algorithms to-date; domain randomization, which showcases how learning across appropriately randomized simulators can generalize surprisingly well to the real world; and hindsight experience replay, which has been instrumental for Deep RL in sparse-reward / goal-oriented environments.

“Teaching robots to learn could spur major advances across many industries ─ from surgery and manufacturing to shipping and automated driving. Pieter Abbeel is a recognized leader among a new generation of researchers who are harnessing the latest machine learning techniques to revolutionize this field. Abbeel has made leapfrog research contributions, while also generously sharing his knowledge to build a community of colleagues working to take robots to an exciting new level of ability. His work exemplifies the intent of the ACM Prize in Computing to recognize outstanding work with ‘depth, impact, and broad implications.’ ”

A Robot Learns To Do Things Using A Deep Neural Network

A Robot Finally Learns To Walk