If you purchase an independently reviewed product or service through a link on our website, SheKnows may receive an affiliate commission.

As a journalist, Linsey Davis is used to being the one asking tough questions and gracefully navigating high-pressure situations. The ABC News correspondent and ABC News Live Prime anchor has moderated presidential debates and interviewed politicians galore – in fact, we conducted this interview over Zoom as she was literally making her way out of the airport and into a car, on her way home from having covered the State of the Union Address in Washington , DC 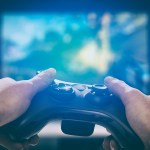 But as a mom, Davis has been on the receiving end of some pretty hard questions herself, and one of them inspired her latest side project and fourth children’s book, How High is Heaven?

As the two-time Emmy Award-winner tells it, her then-5-year-old son came home from school one day asking why his friend had two grandmas and grandpas, while he had just one of each. After Davis talked about the grandma who had passed, telling her son that she was in heaven, he said he wanted to go see her.

“I thought it was just going to be a one-off conversation,” she says, “but fast forward to a few months later, we were on a plane and he was looking out the window and he said, ‘I don’ t see grandma. I thought we would see her while we were up here in heaven. ‘ And in that moment, I thought, this is a conversation that I’d love to bring to a book. ”

Released in February, How High is Heaven? is hitting bookstore shelves as we’ve learned that the COVID-19 pandemic has left an estimated 200,000 American children orphans, making it an unexpectedly timely resource for grieving kids, as well as those who are simply questioning.

“This is not a hard-hitting look at death by any means, but I will say that for my son, the idea that he would see her again – that this was not goodbye, but see you later – that was comforting to him, ”Says Davis, who is vocal about her Christian faith. “And so that’s what my hope is, that this book will provide kids with some comfort.”

Davis’ son is now 8, and while we look forward to the next book inspired by his curious young mind, we asked the busy working mama to share the products she loves that help her parent right now. Keep reading!

A colleague and a friend of mine, Rebecca Jarvis at ABC, does The Drop Out and so I’ve been listening to that podcast and I often listen to Jesus Calling for a little bit of daily meditation, affirmation, and just a connection biblically.

The books my kid is currently obsessed with

My son really loves graphic novels and the one [series] that he’s really obsessed with at this moment is Dog Man. Captain Underpants is another one. And there’s another one, too – The Bad Guys.

What I’m currently reading myself

I tend to read a lot of suspense thrillers. The book that I’ve been trying to finish for a while, but because of Ukraine and the State of the Union and just different things I’ve had to put down my novels for, is The Last Thing He Told Me. I really loved Where the Crawdads Sing. It was a long time ago that I was actually able to just read a book straight through!

The snacks I always keep on hand for my kid

The beauty product I never leave the house without

There’s this moisturizer by a dermatologist in New York named Rose Ingleton, and the reason why I do not leave the house without it, or without it on my face, is I’m trying to not have to get Botox – or any injections, ultimately. So I just put it around my eyes, and it really seems to be a silver bullet. It really keeps your skin supple and smooth and soft. Here’s to staving off Botox!

The apps that make my life as a parent easier

I pretty much use the calendar app that comes just naturally on your phone, because I’m while I’m at work and doing a million things I’m also scheduling play dates, piano lessons, basketball for my son. So that really does help with organization – because I just feel like I just have so much going on at any time, but I’m still wearing my mom superhero cape as well, so for me and my schedule, being regimented is the most helpful .

The non-screen toys that keep my kid occupied

So we got this Jumanji board game
, and it was really neat. It has these cards [and] you have to be able to do certain physical things together. And one of them – we had so much fun the other night – you had to sit on the floor back to back and interlock your arms and stand at the same time without touching anything. I was unsuccessful. You know, I like that old school, like when I was growing up, we played Twister and physical things like that. The kids today just want to get on a device. So it was really a fun little exercise. Throughout the whole game, you have to do these kinds of challenges. That was just one that I particularly thought was fun and failed at miserably. But it was nice too, to see that my son was into it and he was giggling and laughing, trying to do it. It was refreshing in a very old-school, pure, throwback-to-yesteryear kind of way.

So right now, he loves Battle Botswhich is a show, and the movie he really wants to see over and over again is Shang-Chi and the Legend of the Ten Rings. He loves him. He was him for Halloween. He, at any moment, wants to watch that movie again and again. We did see Encanto; I do not think it had enough action for him. And he also likes the Spider-Man animated series that’s on Netflix. And so I do watch those with him.

My favorite subscriptions for my kid

We do National Geographic for Kids. And then there’s a box that he gets each week from KiwiCo.

My favorite bath & skincare products for the kids

We still are very old school and just do the Johnson & Johnson for him. You know, the full-on shampoo and body soap. Maybe he’s beyond that, but we just have stuck with it.

The kid’s brands that I love

There’s a strip mall by us and they happen to have Gap Kids, Carter’s, and Oshkosh. And so we just knock everything out with all of those. For his dress-up clothes, he has suits from J.Crew.

The clothing brand that helps me ‘mom’ in style

Banana Republic, J Crew Club, Monaco, Reese. Those are pretty much the places that I shop. And I tend to wear yoga pants from Lululemon. That’s my mom uniform, for sure.

To get even more parenting recommendations, read about the other stylish moms featured in our Momsessed series.