One Morpurgo would be a treat. Having Clare and Michael to myself for an hour, even over Zoom, is sheer luxury. We’ve barely said hello before the laughter begins. They have been a couple for 50 years. They finish each others’ sentences, gently correct decades old stories and chuckle a great deal.

Michael is, of course, the much beloved children’s author. Clare, his wife, is the brains behind their charity, Farms for City Children. Since its inception in 1976, the charity has given more than 100,000 children the chance to truly understand where their food comes from. The down payment for the organization was the money Clare inherited from her father, the Penguin Books founder Allen Lane.

The premise of our call is to discuss children learning about nature at school, a subject close to both their hearts. I am primed with my first question, but Michael jumps in. What am I doing in Brussels? Am I Belgian? His interest is not simply academic. His grandfather was born in the Ardennes, and with eight “European” grandchildren – one in France, another in Croatia and Romanian grandchildren in England – Michael remains outraged by Brexit. “It’s hurtful, wrong.” He says he is “trying to find a way to remain European”. Is Brussels a good place for children to grow up, he wants to know. “I imagine it is.” I describe life in the capital of Europe and my kids’ experiences. “You make us homesick,” says Clare.

I touch on education and Michael leaps into the reason for our discussion. He shares a memory of him and Clare driving through a small French town 50 years ago. A château, “maybe not the most beautiful”, with towels and blankets hanging out of its windows, gave them their first glimpse of a holiday colony. Every French child at some point gets packed off for a week in the countryside to “canoe, climb, walk in the woods”, though not all get to stay in such prestigious surroundings.

“I did not have great regard for the French education system as it was so narrow, but I thought this is OK,” remembers Michael. “And scouts in France – they do not think about tying knots and singing songs around campfires, but about stomping up mountains.” I share some very un-British tales of scouting in Belgium. “I’m coming there to have more children,” enthuses Michael.

The idea of ​​the holiday colony left Michael and Clare “very impressed”. “The countryside is barely used in terms of education in this country,” says Michael. “Think of the National Trust. Instead of filling everywhere up with tea rooms, it would be rather wonderful if there were thousands of children working on their farms and planting vegetables. ” 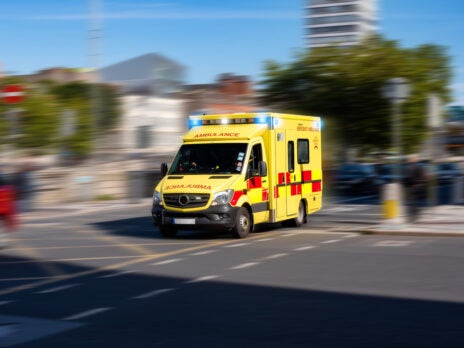 This vision is essentially what Michael and Clare put into practice with Farms for City Children, first at Nethercott House farm in Devon (where they are National Trust tenants), and at the charity’s two other farms, Lower Treginnis in Pembrokeshire and Wick Court in Gloucestershire . The Morpurgos are now backing the Nature Premium initiative, calling on the government to provide funding to allow every child in the UK to spend time in nature.

Clare sees important parallels between her work and that of her father. “When he started Penguin Books in the 1930s and 40s, Europe was in turmoil and he had this fantastic idea to give [‘sell’, interjects Michael] books as cheaply as possible to as many people as possible. We, in a different way, are trying to get people to take on something they have not tried before to enrich their lives. ”

“It was also their right,” adds Michael. “Your father had this thing that good literature was for everyone.” Both he and Clare are in no doubt that “total immersion” in nature is also a right. “Children have to plant trees, dig potatoes, bring in the hay,” says Michael.

Their belief in the need for children to get their hands dirty is born out of years of experience. Until recently, Clare and Michael worked on the farm in Devon. “The children work with real farmers,” explains Michael. “They see their work is useful, that they are valued, and their self-worth and understanding of nature grow. Of course they play, but they are in a work routine, checking the sheep before breakfast, feeding the horses after breakfast, and they are with people who know the countryside well. Clare is particularly keen on wild flowers and plants and trees, and so she is talking to the children, not pontificating, just explaining what’s around them. ”

“You can only teach so much in a classroom,” says Michael, who, like Clare, used to be a teacher. Measurable results “have their place” but the wellbeing of a child is just as important. This is not the case in today’s mainstream education system because, he says, you can not judge wellbeing. Experiencing nature is integral to being happy. “It’s as important as literature.”

Instead of immersing children in nature, we fob them off with cream teas and tractor rides, rues Michael. “That’s the trouble, we dumb down to children, whether we’re talking about literature or the experiences they have. We have to recognize the enormous potential children have for understanding and endurance. We are learning this from Ukraine. ” He cites Yeva Skaletskaya, a 12-year-old Ukrainian girl who fled Kharkiv with her grandmother and is now living with a family in Dublin. “She’s writing not about courage, but about the determination to carry on, about dealing with what has to be dealt with. Children are very good at that. Very often they are patronized. ” If we want to make children happy, we need to understand that happiness comes from achievement, says Michael. “From being with a farmer, delivering a lamb for the first time, knowing what birth and maybe death is, not shying away from that.”

And, while seeing wildlife on television or in a newspaper or a magazine is informative, only by being in nature do you really start to care about it, he insists. “You go to a river and see some plastic caught in a branch. You read about how damaging that is for kingfishers, herons or trout. You wake up and see this is my world that people are messing with. ”

Michael and Clare believe people are more disconnected from nature in the UK than in other European countries. “Everyone is full of anxiety,” says Michael. This collective state of worry makes it difficult to persuade people that farms, and even nature, are safe. He believes the gap is not simply a modern malaise, but is more deep-rooted in the British psyche. “The disconnect is historic. We invented the industrial revolution and we are more urban than our fellow Europeans. In France or Belgium you meet people who make the honey or the sausage, there is a real connection between [farmers and consumers]. ” He also argues that Shakespeare is to blame for making it acceptable to insult country people, while city children are often viewed as potential criminals when they stay in the countryside. “We do not know each other.”

We have been chatting for nearly an hour when Clare starts tapping Michael’s thumb. She wants him to share an anecdote from the farm in Devon. “Every Thursday night, before the children went back on a Friday, I used to go up to read to them,” recounts Michael. “One night, walking into the yard, there was a boy near the stables, Billy. He came from Birmingham. I recognized him because he never spoke. He was standing there, touching the horse’s neck and then he started talking to this horse, telling him everything that had happened to him that day on the farm. There was no hesitation, no stutter or stammer. It was wonderful. That horse knew it was important to stay there. It was a mutual relationship of trust and affection between two sentient creatures. ”

This incident inspired perhaps his most famous book, War Horse, which was turned into a play and a blockbuster film. (Michael asks me jokingly to find out why the play went to Paris and Antwerp, but never Brussels.) He is finishing up his latest book, I Am Treedue to be published this autumn, a series of stories and poems about trees.

“When we first started, every child under the London education authority got £ 21 that had to be spent on taking them out of school,” says Clare as we start to wrap up. “We’ve gone backwards.” Michael gets straight to the point: “If [going out into nature] is an extra, teachers will have to find money themselves. ” Even if organizations such as his put up half of the money, in today’s economic circumstances people struggling, whose children most need to get away, will not be able to afford £ 40 to £ 50 for a week on a farm. “The government should come and put its money where its mouth is otherwise we are whistling in the wind.”