Darkness has fallen on the galaxy. The Emperor has taken control of the Galactic Republic, aided by Anakin Skywalker, once one of the brightest of the Jedi Knights, charged with protecting the helpless. Having fallen to the dark side of the Mystical Force, Anakin lives on as the Emperor’s ruthless enforcer, Darth Vader.

But hope also lives in the form of Anakin’s infant son — protected by Anakin’s friend and former mentor, Obi-Wan Kenobi. Kenobi flees with the baby to the remote world of Tatooine, where years earlier Anakin’s fall truly began when he vengefully massacred a native clan of Tusken Raiders.

Unaware of that event — and still believing that he killed Anakin in their desperate duel — Kenobi settles into a new role, watching over the child and his adoptive family, the Larses, from a distance. But hiding is difficult for one accustomed to action, and even desert Tatooine has those who require the help of a Jedi…

We find Ben much as we left him in Revenge of the Sith. Worn, tired, uncertain and uneasy. His world has been turned upside down and inside out. He is unsure if he is the last Jedi, but is too wary to contact either Master Yoda or Bail Organa for fear of alerting the enemy to his presence. Protecting young Luke Skywalker is clearly his one and only concern, but he’s still unsure of the best way to achieve that. It’s an interesting predicament to find Ben in, finding his feet on a new world, and not one he is visiting briefly as with most worlds in his past but as a permanent resident. Much to learn he still has.

It’s a coming of age story, an action thriller, a mystery story, a forbidden romance and an old fashioned western all in one. Ben is the man with no name (ok, he has a name but you get my drift), all with his familiar charm, but a charm that is increasingly worn at the edges. He finds himself drawn towards a family dispute, which we could initially attribute to his natural inclination to right wrongs but later learn is as much caused by his missing the feeling of family that the Jedi Order had given him. He is wise enough to spot that Annileen would-be-suitor Orrin is headed down a dark path that he cannot steer himself from, and makes choices for his new friends that will forever change their lives and cement himself even more into the lonely life of a desert hermit. The hermit he must be in order to protect himself and therefore Luke.

Should I read this book?

Oh good grief yes. Few books have found the voice of a character better than Kenobiand John Jackson Miller latched onto that and dialed it up to 11. It’s no mistake why this book is ranked highly – very highly – in the top ten lists of Star Wars book readers. 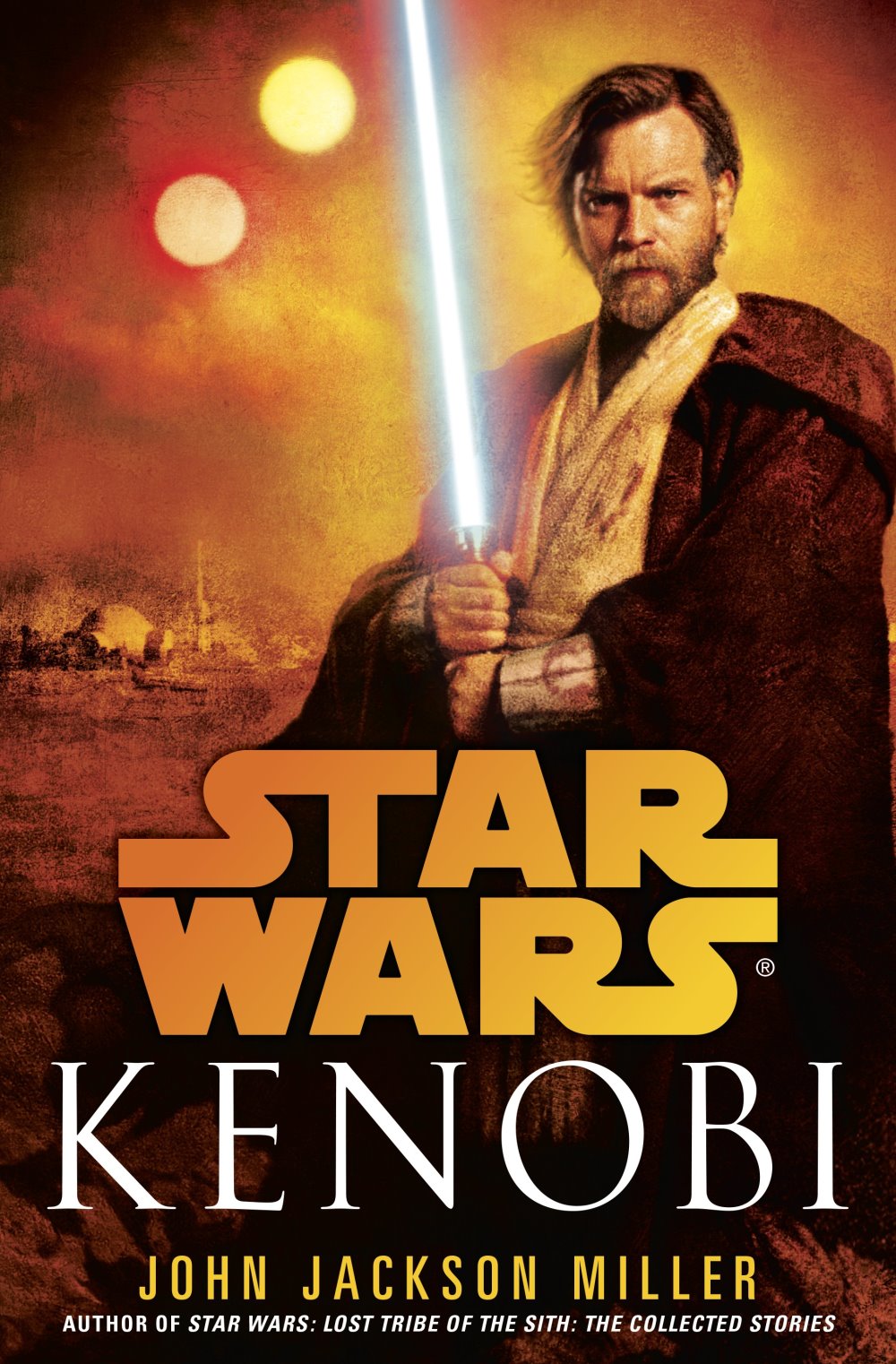 The best compliment I can give to this novel is that it’s the closest any Star Wars novel has come to reminding me of the original and much-loved Han Solo novels by Brian Daley, specifically Han Solo and the Lost Legacy. In that novel we were introduced to Jessa and Doc, a family that Solo interacted with and worked with and who we came to care about via the story, rooting us in interesting locations. Here in Kenobi we meet a new family and come to care about their plight in a similar, albeit less star-spanning manner. As someone who still holds those three books as the high watermark to match, I can not possibly praise it higher.

That there’s not a follow up. It keeps the story tight to the desert planet, conveys the desolation of the locale, the isolation and loneliness of his task. It also came out just before the end of the Legends era and the start of the unified canon, and it could be seen to be a victim of that change. Had life thrown down different cards, perhaps we would nave got more. Hopefully that changes after this re-release and the forthcoming series. As for what’s not to like form this book – nothing, it’s a stone cold winner.

Friday 27th May and the first two episodes of Obi-Wan Kenobi on Disney Plus, and hopefully somewhere down the line a return to the character from John Jackson Miller. In much the same way Timothy Zahn had the chance to come back to and give a post-Legends refresh to Grand Admiral Thrawn, fingers crossed Miller gets the chance to do the same for Kenobi.

Anything else to add?

The treasure this book provides is its intimacy and small scale. We hear Ben commune with Qui-Gon, revealing his own personal doubts and fears, all the while talking out his ideas more and more as the story progresses. We learn more of his feelings for Satine, his regrets over Anakin, his isolation from his Jedi family and the chilling realization that everyone he has ever cared for could well be dead. We get to know and care about the fates of new characters such as Annileen Calwell, the owner of the Dannar’s Claim, a bar come garage come halfway house for the denizens of the Pika Oasis, her children Jabe and Kallie and her host of customers. It’s a brave tactic of Millers, and one that could very easily have backfired as naturally we’ve all been waiting for this Kenobi tale to feature Ben Kenobi heavily. But that’s the trick of this book – through their eyes you learn more about Ben than you ever would following him first-person. Sure, via that method you may learn more about what Ben knows, but through his interactions and the eyes of others we really see what makes Ben tick, and how he is going to need to adapt to become the crazy old wizard we know from A New Hope.