The Sheikh Zayed Book Award — organized and administered by the Abu Dhabi Arabic Language Center under the direction of Dr. Ali Bin Tamim — has today (March 17) announced shortlists in three of its categories in the 2021-2022 iteration of the Zayed program.

This is the award’s 16th edition, and with a purse of 750,000 UAE dirhams (US $ 204,215) in each of the eight book categories, the Sheikh Zayed Book Award is among the wealthiest portfolios of publishing-related honors in the world, worth a total of 7 million dirhams (US $ 1.9 million).

The Sheikh Zayed Book Award honors the outstanding achievements of innovators and thinkers in literature, the arts, and humanities in Arabic and other languages. It aims to advance Arabic literature and culture, providing new opportunities for Arabic-language writers. Authors writing about Arab culture and civilization in English, French, German, Italian, Spanish, and Russian also are recognized by the award program. 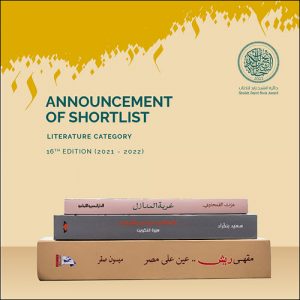 There were 15 titles on the 2022 longlist in Literature, drawn from a total of 852 submissions — a remarkable 46-percent increase in the number of submissions made for the 2020 round. 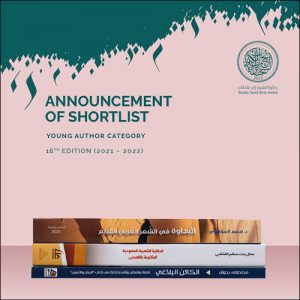 The longlist for the Young Author category highlighted 14 titles from eight Arab countries: Tunisia, Iraq, Egypt, Kuwait, Morocco, Saudi Arabia, Jordan, and Lebanon. The category attracted the highest number of entries for the award this year, with 881 submissions. 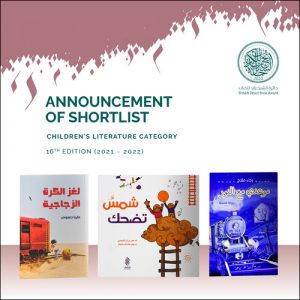 This is Publishing Perspectives’ 52nd awards report published in the 54 days since our 2022 operations began on January 3.

More from Publishing Perspectives on the Sheikh Zayed Book Award is here, more on Arabic literature is here, and more on translation is here. More from us on publishing and book awards in the international industry is here.

Publishing Perspectives is the world media partner of the Abu Dhabi Arabic Language Center and the Sheikh Zayed Book Award.