The oldest children’s books in print might not be flying off shelves these days, but somehow they’ve endured. Though it’s hard to imagine, children’s books have not always been around. While oral storytelling traditions have always included tales to interest the young, printed books for children are a relatively new phenomenon.

The invention of the printing press in 1440 meant that books could be mass-produced. Unfortunately, printed books were very expensive for a long time. Consequently, nobody thought to waste money on books for grubby little hands to destroy.

Of course, the first books for children would not excite us today. Between puritanical religious texts and dull instructional primers, early children’s books little resemble today’s whimsical reads. For example, 1670’s A Token for Children allegedly contains testimonies from dying children. Naturally, the children were lamenting their sinful ways and looking forward to a heavenly reward. Yeah… not fun.

Thankfully, the 18th century saw the rise of more entertaining books for children. These books featured riddles, rhymes, and lively illustrations. By the 1740s, there were books of still-familiar nursery rhymes. Finally, children’s books began to focus on actually entertaining children.

So, what are the oldest children’s books in print and why have they endured? Let’s explore!

The Oldest Children’s Books in Print

The Orbis Pictus was the first picture book specifically for children. Originally published in 1658, the 1728 reprint is the basis for the version available to readers today. Of course, Orbis Pictus and A Token for Children aren’t still read by kids today, but some of the earliest children’s books remain well-known.

Obviously, due to the age of these books, they were primarily written by and for white men and boys. In 1913, former NAACP President Mary White Ovington published Hazel, a novel about a middle-class Black child. Since Ovington was a white woman, this book is historically significant for its positive portrayal of Black people. Fortunately, a book both by and featuring Black people published in 1928: Popo and Fifina: Children of Haiti was coauthored by Langston Hughes.

A Little Pretty Pocket-Book, Intended for the Instruction and Amusement of Little Master Tommy, And Pretty Miss Polly by Isaiah Thomas (1744)

Most consider this to be the true first children’s book in print. Technically, however, it does not win the title of being the oldest children’s book still in print because it’s not actually in print anymore. Interested parties can still view the book through the Library of Congress Collection. Additionally, a reproduction is available on Amazon. The book teaches the alphabet through short poems. 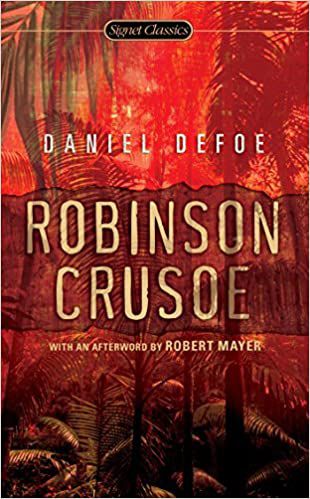 Many consider this classic adventure story responsible for the invention of realistic fiction and is, perhaps, the first British novel. Robinson Crusoe has never been out of print. It follows the titular character on his voyages, after an ill-advised foray into life as a sailor. Another adventure story, Gulliver’s Travels, published in 1726, also remains in print. Similarly, The Adventures of Tom Sawyer has been in print continuously since it was published in 1876. Though these stories might seem less relevant today, they provided an exciting escape for generations of children before streaming services and the internet. 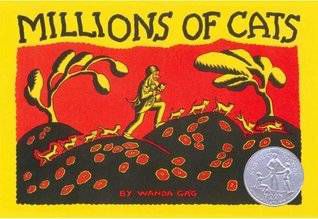 Millions of Cats is the oldest American children’s book still in print – almost the oldest American book of any genre, for that matter. It won the Newbery medal in 1929 and has endured the test of time. I’m not sure why, though, because it is bleak (at least to a cat lover). An old man and woman are very happy but they want a cat to complete their home. Thus, the old man goes out looking for a cat. He comes back home with, as the title suggests, a whole lot of cats. Shenanigans ensued. Finally, all the cats ate each other until only one ugly cat was left. Of course, the old couple took good care of it and it grew beautiful. Then the heartless family lived happily ever after, completely un-haunted by the ghosts of dead cats that they allowed to consume each other and die.