The two federations in the European Union Prize consortium outline the award’s new structure and their regret at the departure of the Writers’ Council.

A banner in Brussels points up the opening of this year’s French presidency of the Council of the European Union. Image, January 17 – Getty iStockphoto: Alexandros Michailidis

We have a follow-up today (February 7) to our report on Friday (February 4) on the 30-nation European Writers’ Council’s (EWC) decision to withdraw its participation in the consortium that administers the European Union Prize for Literature (EUPL ).

We’re able today to provide a joint response from the remaining two organizations in the prize’s governing consortium: the Federation of European Publishers (FEP) and the European and International Booksellers Federation (EIBF). The two federations in Brussels here are speaking together, then, as the EU Prize for Literature’s consortium. You’ll see they express their regret at the writers’ council’s decision to step away.

In barest outlines, the key structural adjustment in the new plan is that the prize — which until now has awarded up to 14 national winners each year — will now award one winner and five categorized special mentions annually. The consortium’s statement indicates that this is in response to the stipulations of the European Commission in renewing the prize’s funding.

As in the case of the writers’ council, we present the consortium’s statement, as provided to us, in full:

The European Union Prize for Literature (EUPL) has been renewed by the European Commission for a new cycle, running from 2022 to 2024. This will be the fifth cycle of the prize, introducing a new approach and concept in line with the commission’s call for tender, which requested the change in formula including having fewer laureates, and reflecting new realities of Creative Europe’s translation support program.

Despite the changes, the renewal of the project guarantees its continuation and ensures EUPL will continue to award authors and celebrate their works. In line with the philosophy of EUPL, all countries involved in the Creative Europe program will continue to participate in the EUPL, all nominated authors will be promoted at literary events across Europe, and all nominated books will appear in the EUPL anthology.

Started in 2009, the EUPL spotlights the creativity and diverse wealth of Europe’s contemporary literature in the field of fiction, promotes the circulation of literature within Europe, and encourages greater interest in non-national literary works.

The practical organization and management of the prize for this new cycle is handled by the Federation of European Publishers (FEP) and the European and International Booksellers Federation (EIBF).

However, the new cycle marks the departure of one of the founding partners of EUPL – the European Writers’ Council (EWC). Both FEP and EIBF regret the decision of the EWC to withdraw from EUPL, as authors are a fundamental part of the book chain.

The consortium will continue to promote EUPL authors and help raise their visibility at national and international events. We will do so by working together with all stakeholders in the book trade, including organizations representing authors – of which EWC forms an integral part – even though this will for now no longer be the case within the EUPL consortium.

We are looking forward to revealing the nominated books in the next weeks, with the overall winner being announced in April.

For more information on the European Union Prize for Literature, its new structure, and partners, see “What Is the EUPL?”

Again, for more on the Writers’ Council’s decision that it needs to withdraw from the consortium, we can refer you to Friday’s article. 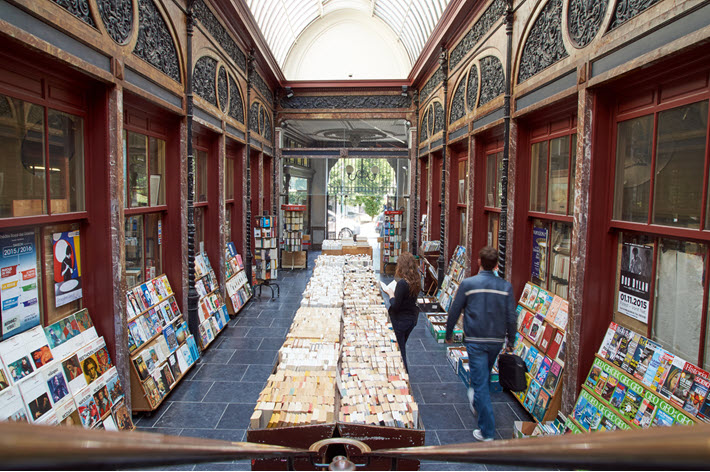