While December might be a slower month for new releases, there are still so many excellent December children’s book releases, including continuations of popular series like The Questioneers and the Baby Loves Science board books, as well as two autobiographical picture books, one by politician and activist Stacey Abrams and another by the first Black lead in “The Nutcracker,” Charlotte Nebres.

While every season is an excellent time to read, I find the winter months particularly ideal for reading. I love hiking and being outside, but I can not stand it when the weather gets too cold. In the winter, all I want to do is snuggle under blankets and read. I’m writing this on the first day of below-freezing temperatures here in Nashville, so I’m definitely feeling a strong desire to do nothing but read in my free time. Of course, with a 3-year-old, I can do nothing of the sort, but I’m going to be leaving more picture book piles around the house in hopes she’ll want to snuggle and read!

While not book related, I just wanted to say I’m so excited about all the 5- to 11-year-olds who can now get their COVID-19 vaccine! Go get those babies vaccinated! I’m still eagerly awaiting approval for the 2–4 age group, but I’m so excited for the older kids.

I’ve been collecting all the Baby Loves series for my daughter and I love how the newer ones combine diverse holidays with science themes. In this latest board book in the series, Baby learns about the Lunar calendar, the moon phases, ways to celebrate the Chinese New Year, and more. Irene Chan’s big-eyed, adorable baby illustrations are a huge hit for young children. Also check out Baby Loves Angular Momentum on Hanukkah and Baby Loves Electrical Engineering on Christmas. 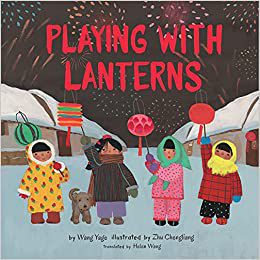 I’m always interested in translated picture books, and this one from China is a delight. Zhao Di loves celebrating the Lunar New Year and especially enjoys lighting the paper lanterns and playing with them with her friends. The text follows Zhao for all 15 nights of the Lunar New Year festival until it’s time to smash the lanterns. The warm, earth-toned illustrations with pops of festive colors are both sweet and exciting. This is a lovely picture book to read during the winter months. 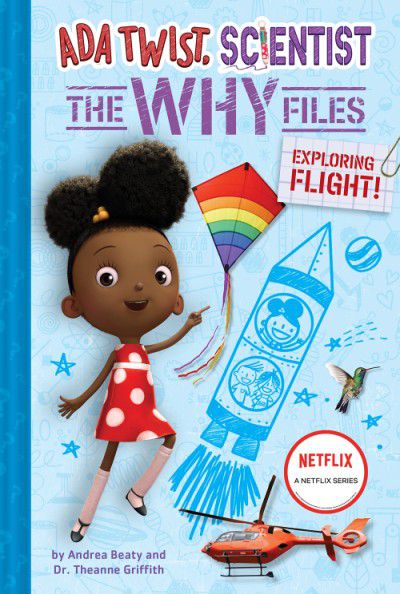 The Questioneer franchise has really taken off and now includes the original picture books, early chapter books, brainstorming activity books, the Netflix show (which my daughter adores), and now a nonfiction series. This first book in The Why Files explores the science behind flight. The Beaty / Roberts team is joined by neuroscientist and author Theanne Griffith. The nonfiction prose is clear and concise, while the illustrations are modeled after the TV series with engaging, child-friendly diagrams on every page. 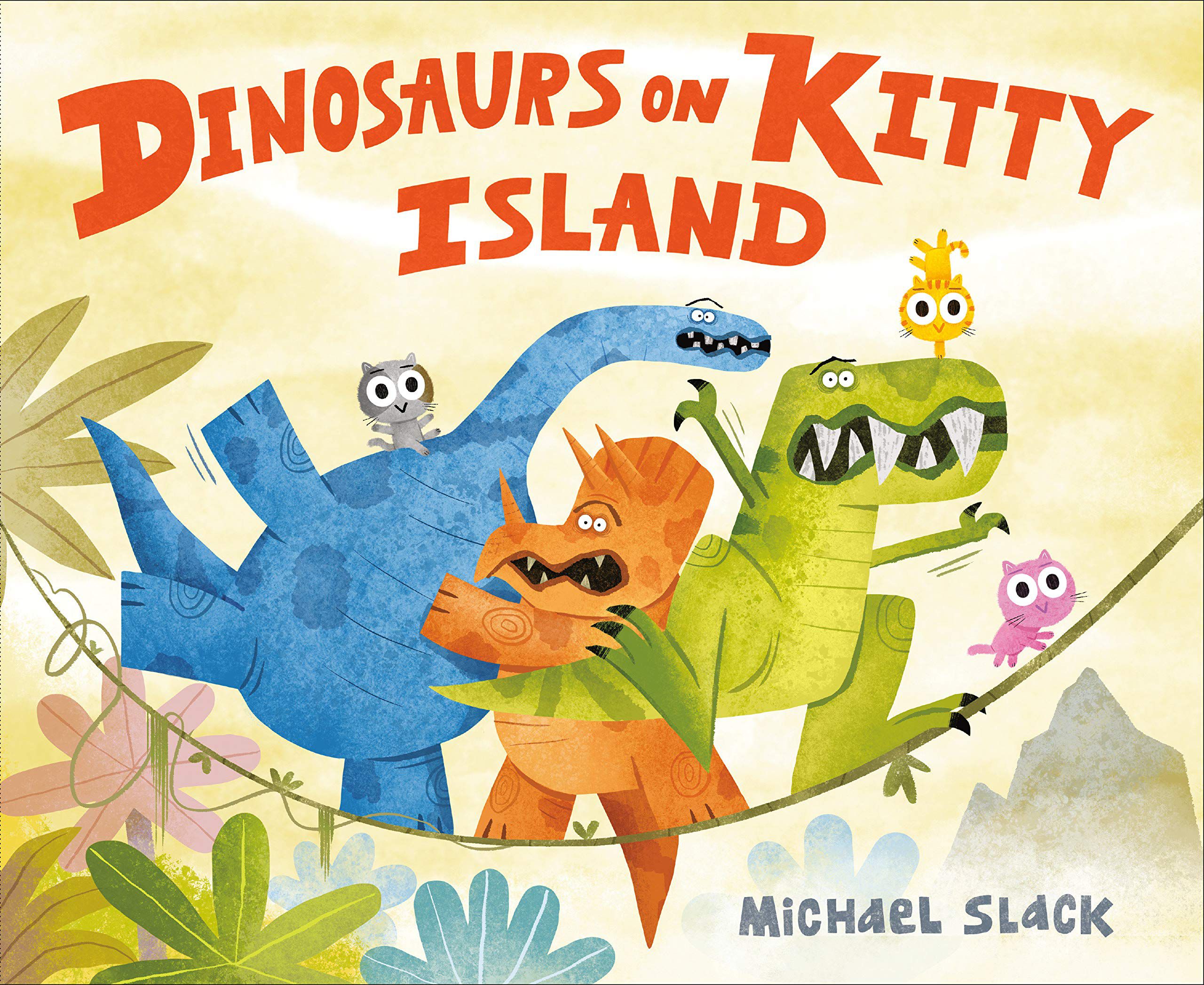 Michael Slack follows up his extremely adorable and hilarious Kitties on Dinosaurs with the equally adorable and hilarious Dinosaurs on Kitty Island. Watch out, kitties! Or is it the dinos that need to watch out? When the dinosaurs on Dinosaur Island get extremely bored, they decide to venture to Kitty Island to play with the kitties, despite the narrator’s warnings that these are no cute, cuddly kittens but wild, ferocious cats. But who could fear such tiny little balls of fur? While the kitties play mischievous pranks on the dinosaurs, the dinosaurs begin to realize they may have made a mistake in going to Kitty Island. These books send my 3-year-old into peals of laughter. They’re the best. 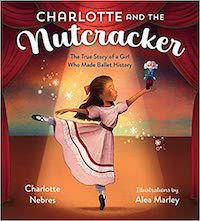 Twelve-year-old Charlot Nebres writes about her story of becoming the first Black girl to play Marie in the New York City Ballet’s production of “The Nutcracker” in this sweet holiday picture book. Charlotte has always loved ballet and races to ballet practice so she can perfect her moves. She also loved Christmas, so it’s a dream come true when she lands the leading role in “The Nutcracker.” Told in engaging, simple text with vivid illustrations, this is a lovely picture book to add to a child’s holiday collection. I recommend preordering it now if you want any hope of it arriving in time for Christmas! 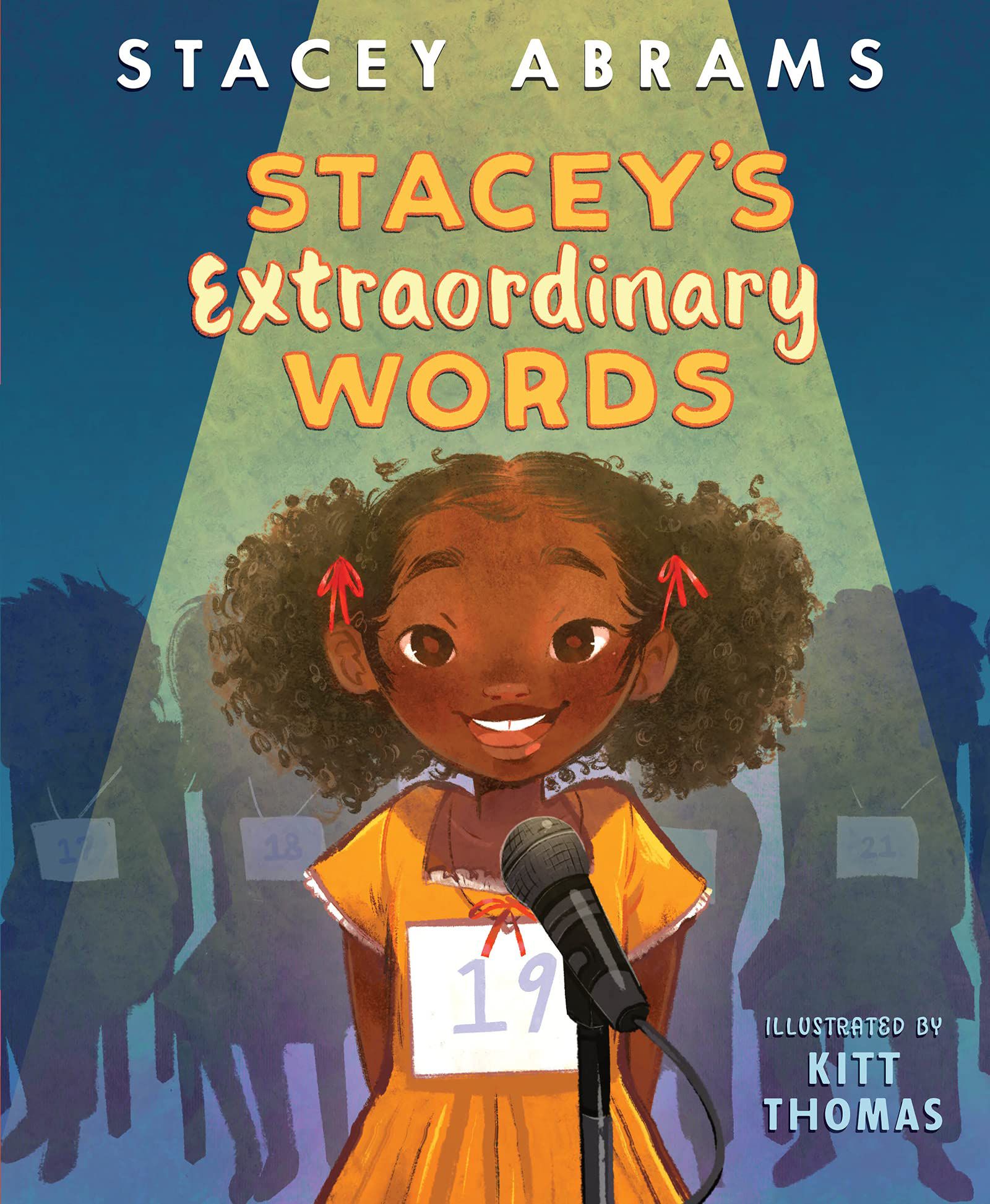 Voting icon and queen Stacey Abrams makes her picture book debut with this empowering story of her childhood fascination with words, and it all started after competing in a spelling bee. When her teacher chooses her to represent the class in a spelling bee, young Stacey worries about messing up in front of all those people. But when it’s her turn to take the stage, she powers through her nerves and learns confidence. This is also Kitt Thomas’s picture book debut and her vibrant, dewy illustrations are perfect for the story, and I fully expect to be seeing many more picture books illustrations from her. While this is Stacey Abrams’s debut picture book, she does have many romance novels to check out! 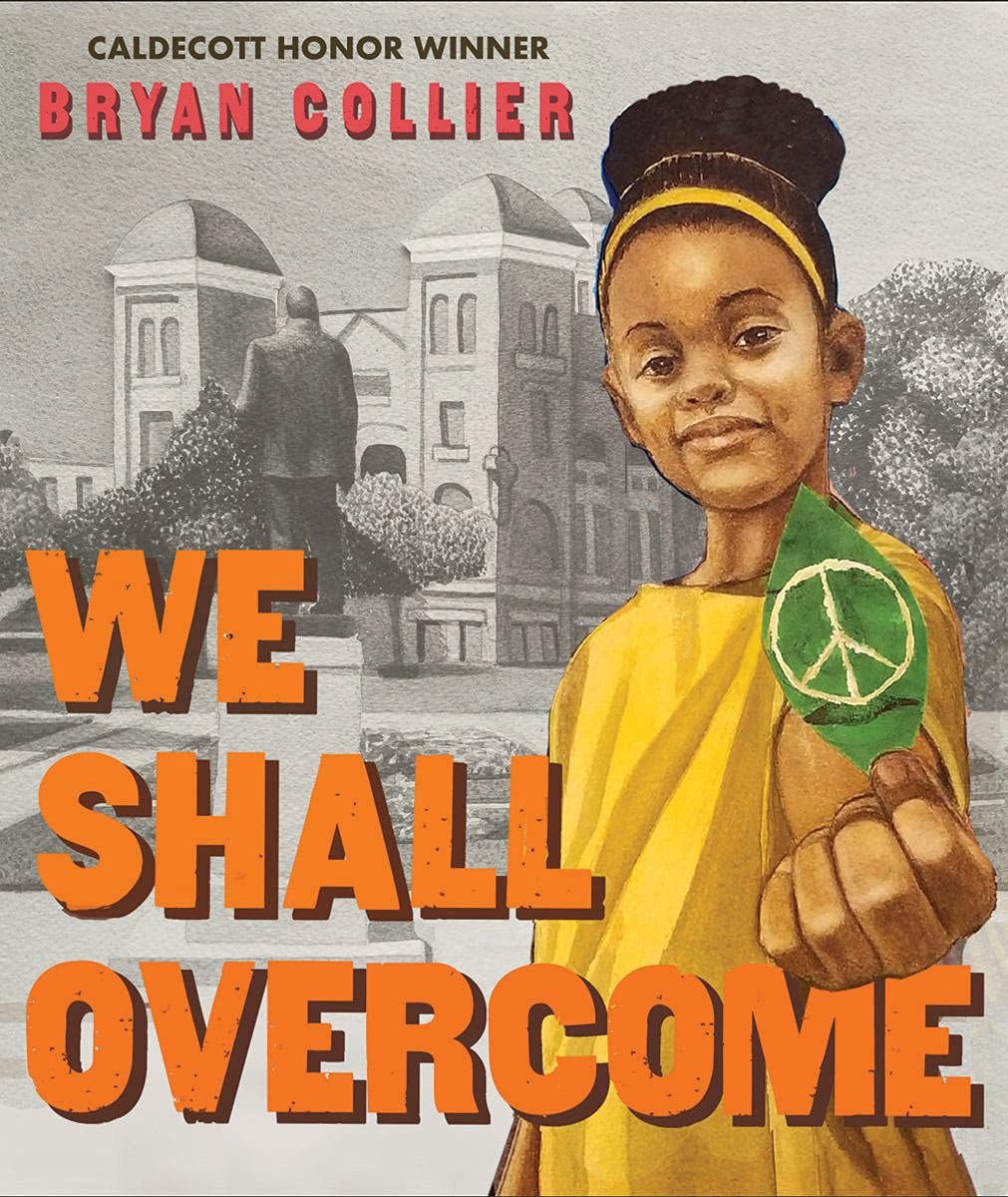 We Shall Overcome by Bryan Collier (December 28; Orchard Books)

In this stunning picture book, award-winning illustrator Bryan Collier pairs his trademark collage illustrations with the gospel anthem and Civil Rights protest song “We Shall Overcome.” The illustrations follow a young Black girl vividly dressed in a yellow dress as she goes to school. Images from the Civil Rights Movement and the Black Lives Matter Movement are layered behind her as she goes to school, with the song’s powerful lyrics boldly printed in a banner at the bottom of each page. It’s a moving and artistic picture book that both adults and children will treasure. 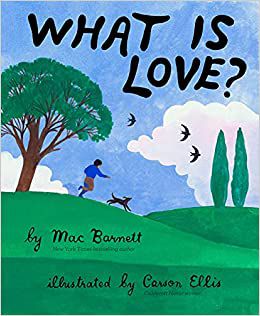 I’m going to admit that I usually do not enjoy cheesy, lovey-dovey picture books, but this one is a rare exception, and it’s no surprise that it’s excellent considering both the author and illustrator have produced some truly superior picture books in the past, like Barnett’s Extra Yarn and Carson’s The Shortest Day. When a little boy asks his grandmother “What is love?” she tells him he must go out into the world to find out. So he does just that and asks everyone he comes upon what they think love is, from a fisherman to an actor to a poet. None of their answers feels right to the boy. Both profound and simple, this is a moving picture book about the nature of love. 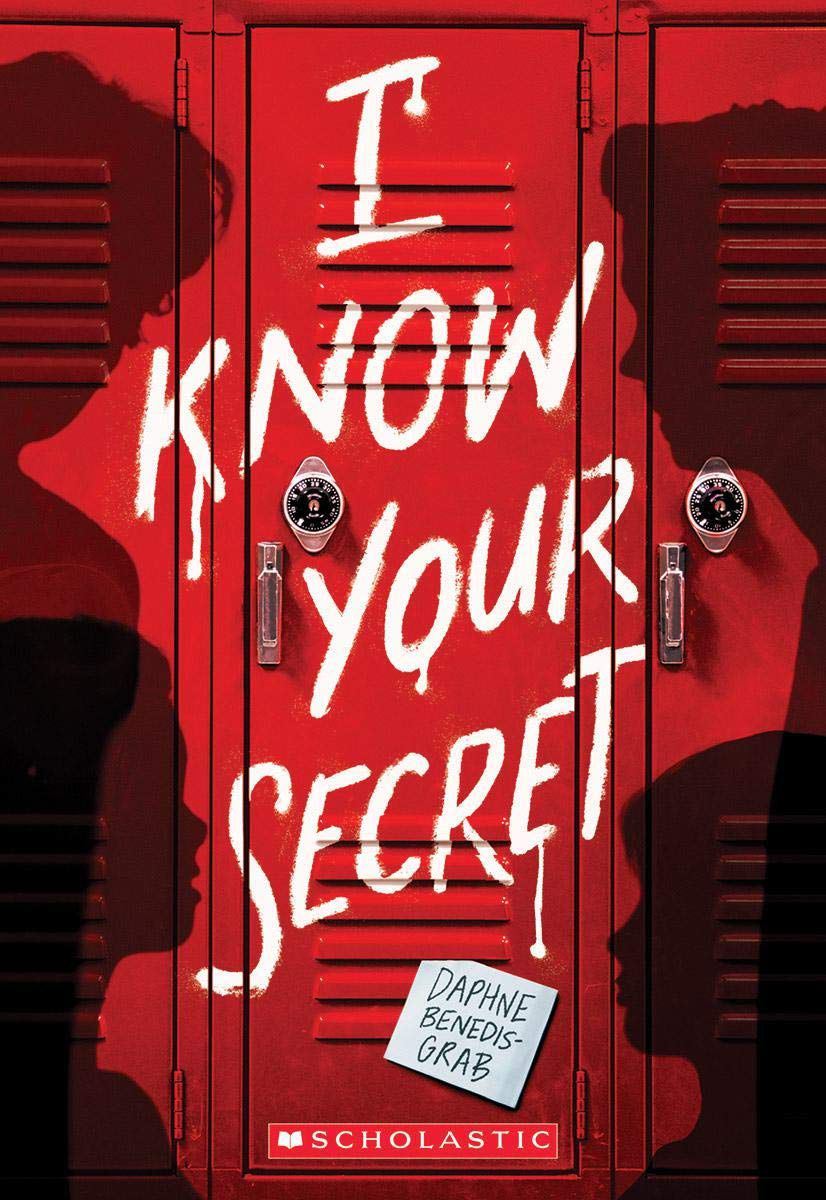 I Know Your Secret by Daphne Benedis-Grab (December 7; Scholastic)

Seventh graders Owen, Gemma, Ally, and Todd do not know one another, but they all have secrets, secrets they do not want exposed at any cost. When all four receive an email that says, “Do exactly what I say, when I say it, or I will reveal your secret,” they’re forced into a series of ever more disquieting tasks. Interspersed with interview records of the four after the events, this compulsive middle grade thriller takes place in a single day. 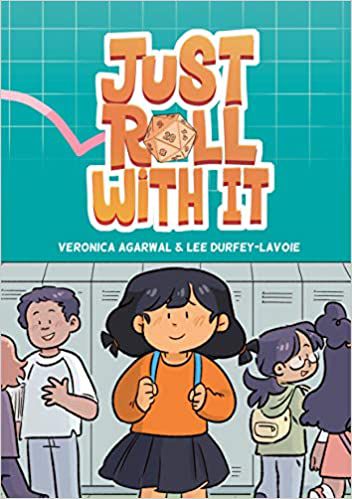 In this middle grade graphic novel, Maggie is very nervous about starting middle school. When her anxiety starts to get the best of her, she rolls her gaming die and makes decisions based on her rolls. She surprisingly enjoys school after making friends with another girl with similar tastes in books, but she still finds herself depending on the die and other rituals to keep her anxiety at bay, especially when a serpent of some kind is spotted in the school lawn. Her parents suggest she see a counselor, but Maggie refuses. However, as her anxiety and rituals begin to take over her life, she begins to realize that maybe her gaming die does not have all the answers. The cute, vibrant illustrations make this mental health-themed graphic novel a delightful read. 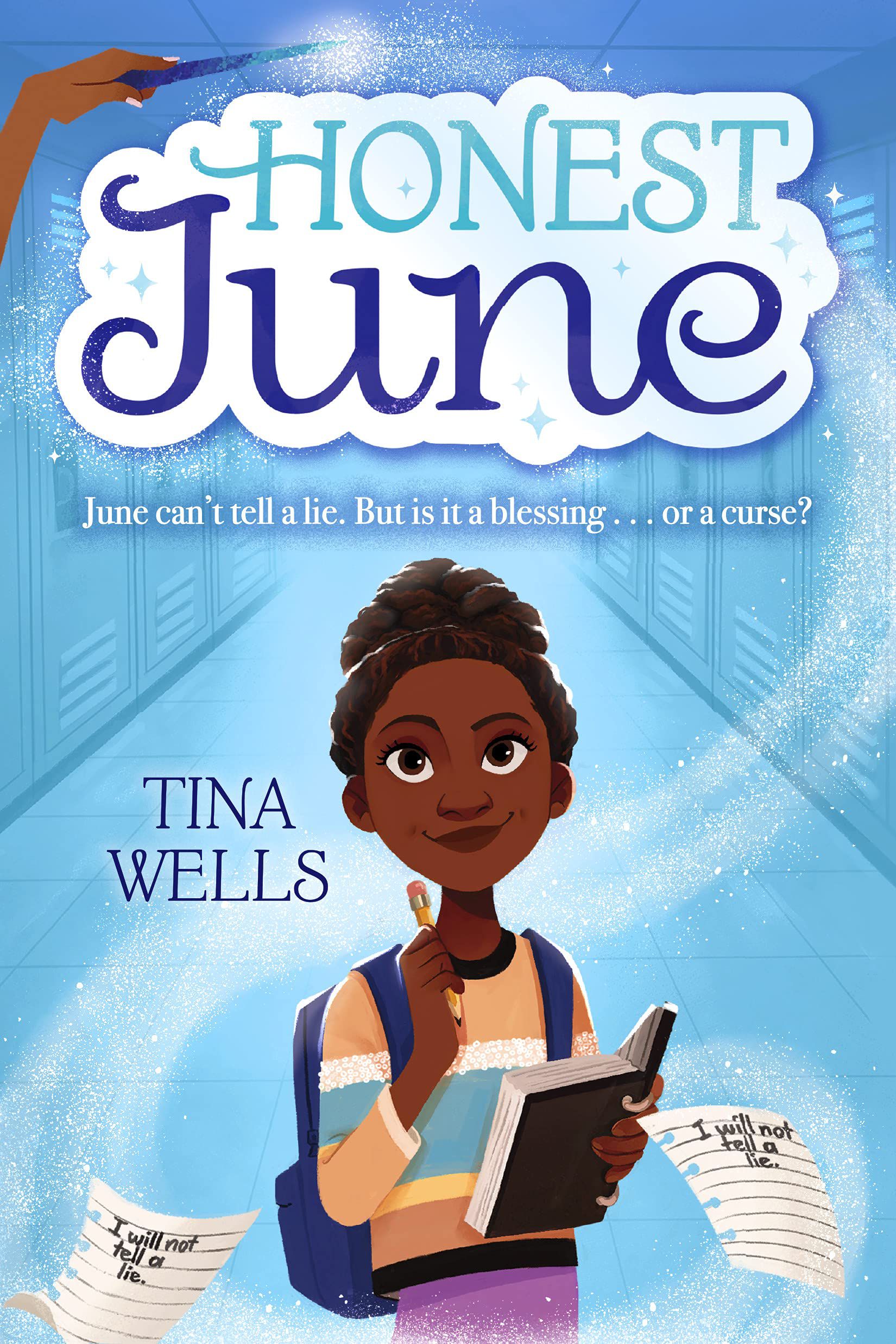 June is a people pleaser, but sometimes that means she does not exactly tell the truth, and more often than not, it means putting aside her own feelings and wants to please others. June’s secret fairy godmother has had enough. She wants June to tell her family and friends the truth, so she enchants June so that she can only tell the truth. However, instead of telling the truth to her family’s faces, June turns to an online blog to spill all her feelings. As school and family pressures build, June’s anxiety heightens. This is a fun and relatable early middle grade with charming illustrations by Brittney Bond.

For more new children’s book releases, check out my other roundups from this year: July, August, September, October, and November.